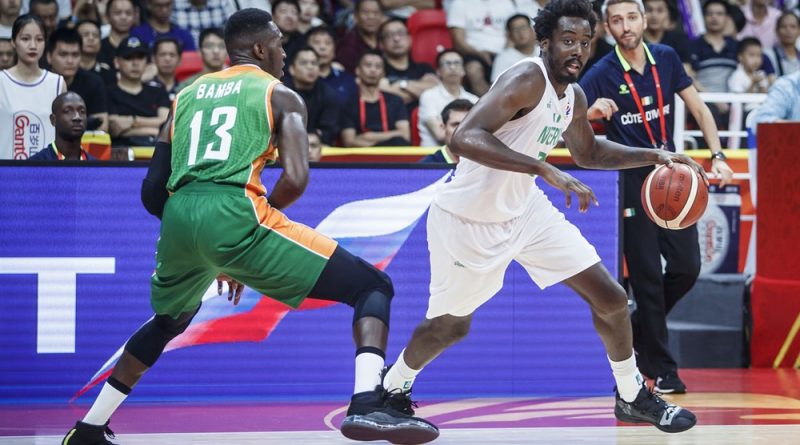 Nigeria defeated their West African rivals, Cote d’Ivoire 83-66 points in their first classification game at the 2019 FIBA World Cup. The result has put well ahead other African teams for 2020 Olympics direct qualification ticket.

The team was inspired by Al-Farouq Aminu with 13 points, 7 rebounds and 4 assists to emerge the top performer.

D’Tigers who have since set their target on an automatic Olympic Games qualification started in a fierce fashion to win the first quarter, 24-18 points.

Not to be outdone and inspired by Deon Thompson, the Ivorians stepped up their offensive play to win the second quarter, 17-13points as the first half ended with just two points advantage for D’Tigers, 37-35pts.

Some crucial treys from Nnamdi Vincent and Stan Okoye proved decisive in the 3rd quarter against the familiar foes who were not ready to roll over without a fight.

Vincent contributed 15 points, 2 rebounds while Ekpe Udoh had 13 points, 5 rebounds and 1 assist  in a match that 5 players scored double digits.

“I think we did a good job today to contain a well coached Ivorian team. I am proud of these guys and their efforts. I think we have one more game to worry about against China on Sunday.”

The Man of the Match, Al-Farouq said that with the new goal being a qualification for the Olympics, the team came out to get the job done.

“That is our goal now obviously. We got knocked out of the contention to get a medal so we had to change our vision and continue to make sure that we keep Nigerian basketball, playing every year and compete. So, we want to ensure that we do the best to qualify for the Olympics.”

The win is the 6th win by Nigeria in as many as seven meetings between both sides.

Nigeria is the highest ranked African team at the World Cup ahead of their last game against host- China. A win against China will see them book a place in Tokyo 2020 Olympics.