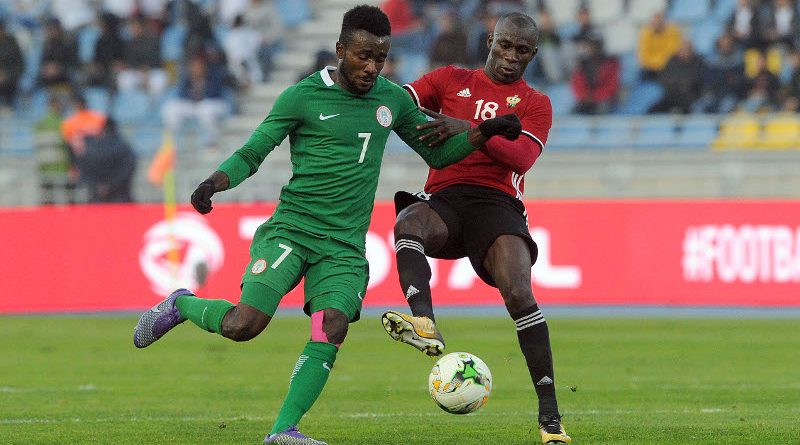 Nigeria threw one leg into the quarter-finals of the 5th African Nations Championship in Libya after Sunday Faleye’s 79th minute goal separated them from 2014 champions Libya in Tangiers.

Both teams battled hard at the Stade Ibn Batouta, but Nigeria, bronze medallists at the 2014 finals in South Africa, created more chances but just could not put them away, as happened against Rwanda in their opening match at the same venue on Monday.

There were very few notable moments in the first half, with both teams tackling each other hard at the vital areas, and the Eagles, who needed a win more having drawn their opener against the Amavubi, showing greater zest.

But the first remarkable moment only came in the 55th minute, when Faleye, operating from the left wing, sent an inviting cross into the vital area, but Emeka Ogbuh’s header did not trouble Libya’s goal-tender.

In the 79th minute, Faleye slammed home from an Osas Okoro’s corner kick, taking the Eagles to four points and ahead of the Libyans.

Faleye was good for a brace only three minutes later, as Nigeria broke down the middle, but substitute Ibrahim’s pass was cut out by the Libyan defence.

The Eagles will now head to the city of Agadir, where they play debutants Equatorial Guinea on Tuesday.