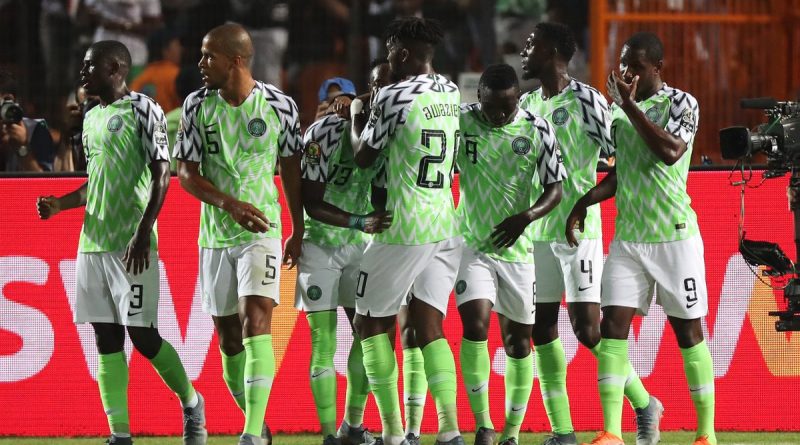 Samuel Chwukwueze played so well, scored the first Nigerian goal and was voted the Total Man-of-the-Match as Nigeria beat South Africa 2-1 to qualify for the semi finals of the 2019 African Nations Cup.

He said, “Scoring against South Africa is quite a good one.”

Villarreal star Chukwueze put the Super Eagles ahead in the first half before Bongani Zunga equalised for South Africa in the 71st minute. The referee had to check of VAR before confirming the South African goal.

When it looked like the game was heading for extra time, Moses Simon who came in for Ahmed Musa set up William Troost-Ekong for the winner with less than a minute on the clock. The goal came off a goalkeeping error from Ronwen Williams.

“I made an error in the South African goal. I had to push hard to make up for the loss,” Ekong said.

Eagles bounced back from a shock defeat to Madagascar – giving up top spot in the group in the process – before beating Cameroon in the Round of 16 Cameroon.

Nigeria will face the winner of Ivory Coast and Algeria, with those two sides going head-to-head in their quarter-final clash on Thursday.