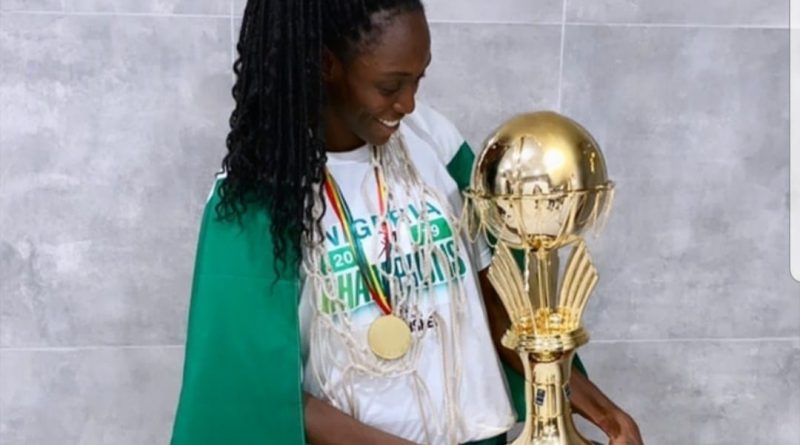 The Nigeria Basketball Federation and indeed Nigerians have showered praises on Ifunanya Ibekwe who was recently voted University of Arizona Women’s Basketball Best Player in the last 10 years.

Ibekwe, who became the first ever basketballer to record 55 double-doubles was announced winner after days of voting by fans across the world.

The NBBF President, Engr Musa Kida in his congratulatory message said, “We are very happy for this deserved recognition of the hard work of this worthy Nigerian and we are proud of what she has achieved.

“Looking back at her career, you cannot but recognise her special talent as well as her desire to be the best amongst her peers.”

During her illustrious stay in the school, she was voted as part of the All-American team twice while emerging Three-time First-Team All-Pacific Coast Conference.

Ibekwe also scored 1,653 points in her career, the fourth-most in school history as her 1,194 rebounds till today remain the highest in the history of Arizona women basketball team.

With the 2020 Olympic Games less than one year away, the federation is optimistic that Ibekwe who till now is the second all-time University of Arizona block leader with 166 blocks will play a vital role in the D’Tigress’ quest for a medal in Tokyo.

“We are optimistic that these recognitions will spur her further to push to the limit and achieve more.

“She is already an African champion at her first time of asking. With the plans already put in place for the men and women teams ahead of the Olympics, impossibility is nothing.”

The recent honour thus added to her recent induction as a member of the prestigious Arizona Ring of Honour holder.