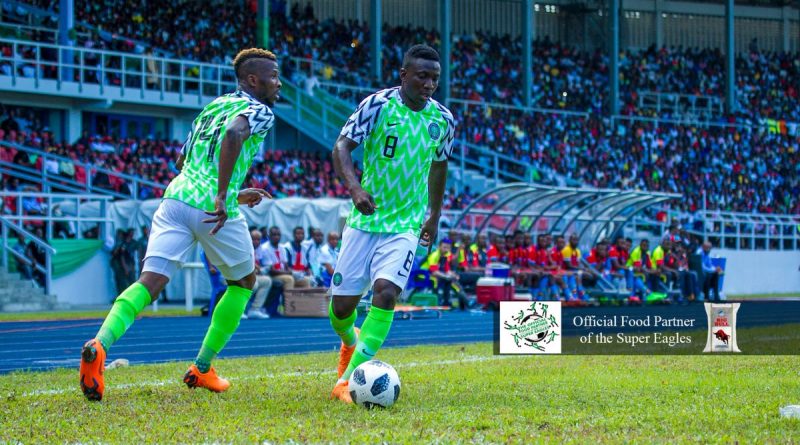 Nigeria’s Super Eagles were held to a 1-1 draw against the Democratic Republic of Congo in a friendly match played at the Adokiye Amiesimaka Stadium in Port Harcourt on Monday, Extrasportsnigeria.com reports.

Nigeria had taken the lead in the 15th minute through defender William Troost-Ekong off a good pass from Kelechi Iheanacho.

A few other chances were missed in the first half as the teams went for the break with that scoreline.

When the match resumed the Eagles who played all through without their team captain Mikel Obi could not consolidate on their lead and the Congolese equalised in the 78th minute through a penalty.

Arsenal’s Alex Iwobi nearly made it 2-1 for Nigeria just a minute afterwards and so the game continued and ended 1-1 after 90 minutes.

The match was made free by the Rivers State Government and football fans took every available space in spite of the long distance from the city centre. The Governor Nyesom Wike was the Chief Host at the game which also had the sports minister Solomon Dalung in attendance.

The Eagles are expected to travel to London on Wednesday as they face the Three Lions of England at Wembley on Saturday (June 2nd) before facing the Czech Republic in their final international friendly match. They are however expected to meet with President Muhammadu Buhari in Abuja before they fly out to London.