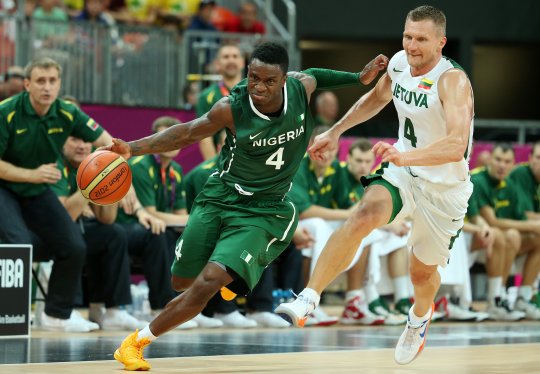 Mark Mentors and Civil Defenders have been listed to represent Nigeria at the 2017 African basketball club championship by the Nigeria Basketball Federation, Extrasportsnigeria.com reports. The NBBF, however, gave the condition that the clubs would go ahead as the country’s reps if Gombe Bulls and Kano Pillars Basketball fail to respond to the queries issued by the federation.

In a communiqué released to the media on Wednesday, the NBBF President Musa Kida said the board was not unaware of the debates for and against the federation’s position to replace Pillars and the Bulls who had earlier reported the NBBF to the National Assembly and the FIBA Africa Secretary General, Alphonse Bille. Both teams had qualified from the playoffs organised by the last board which the new had asked the teams not to participate in.

The NBBF president said the final decision would definitely be in the interest of “fair play, respect for constituted authority and player’s motivation” after some clubs defied the NBBF’s directives not to participate in the Conference 6 and National Final 8 organized by the former board.

Kida said, “We have taken cognizance of the views by all parties to the discourse which has included phone calls, messages and advice from a large section of stakeholders at home and in the Diaspora. Kano Pillars and Gombe Bulls stand a very good chance of being picked as Nigeria’s continental representative, but the decision will be dependent on whether they reply our query or not.

“In my last communiqué I reiterated the fact that whatever decision is taken by the NBBF will take into consideration the best interest of Nigerian players, ensuring justice and fair play with the aim of moving Nigerian basketball forward.

“Rivers Hoopers attended the Final 6 but did not attend the Final 8 for which it had qualified. All the Clubs were asked to explain why they violated the NBBF’s directive not to participate, but only one Club (Rivers Hoopers) wrote to explain its position.”

The federation chided Pillars and Bulls for petitioning FIBA Africa without following the established protocol of passing through its national federation and the Nigeria Olympic Committee (NOC).

“In the case of Kano Pillars, the club took it far by reporting the matter to the National Assembly as widely reported in the media which is beyond the scope of sports interest. However, till date there has been no official statement from FIBA Africa and the National Assembly which is an indication that both protests lack merit.”

Despite the board’s assurance to protect players at all times, Kida said no club will be absolved for violating the directive of the NBBF with internal administrative sanctions expected to be handed down where necessary.

He appealed to all stakeholders to trust the new leadership of the NBBF as they continue to change the face of basketball in Nigeria.