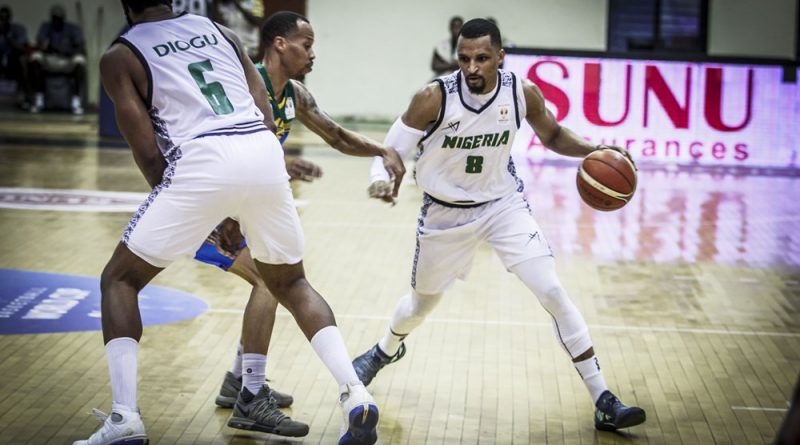 After a seemingly slow start on Friday, D’Tigers of Nigeria went very wild on Saturday blowing away Rwanda 108-53 in Game Two of the FIBA World Cup 2019 qualifying series in Bamako, Mali.

Nigeria had defeated Uganda 102-86 in their first match, Extrasportsnigeria.com reports.

On Saturday Nigeria won all four quarters securing the first 31-13; the second 24-15; the third 29-12 and the fourth quarter 24-13. In the first match of the day in Bamako hosts Mali defeated Uganda 79-76. Nigeria will take on hosts Mali on Sunday in the last game of this stage.

In some other matches played across Africa on the same day Ivory Coast defeated Senegal 67-60 and Mozambique defeated Central African Republic 59-52.

The Tigers are attacking hard and that has touched Ike Diogu very well. The high scorer is already in dreamland over the possibility of leading his team in the June-July window in front of very passionate home fans.

This week’s first-leg of Group B action marks the second of six windows on the Road to China 2019. In order to secure a place in the African Qualifiers’ 12-team second-round, teams need to finish in the top-three of their groups.

Diogu is hopeful the D’Tigers will get to host Group B action in Lagos come the June-July window.

Diogu, the only player to score more than 100 points at FIBA AfroBasket 2017 – told FIBA.com in Bamako the thought of it is wonderful because he and his teammates have never played a competitive game in front of their home fans.

He said, “I can imagine what the atmosphere would be like playing before our home fans. It would be exciting for me and others as well. Most of the time we’ve played for Nigeria, it’s been outside of the country but the idea that the third window of the FIBA Basketball World Cup 2019 African Qualifiers could be at home thrills me and I would look forward to it.”

Given the passion associated with basketball in Nigeria, Diogu sees the prospect of staging a Qualifiers window there as a great opportunity for players to be around their families.

“It’s always great when you know you’re going to be among family members. Their presence is reassuring and playing in Nigeria would give the fans an opportunity to see their players at close range.”

Turning his attention to the current window of the African Qualifiers, the 34-year-old – who had 19 points and 7 rebounds in Nigeria’s defeat of Uganda and followed that up with a dozen points against Rwanda – explained his team did not come to Mali thinking that it would be a stroll in the park.

“No team here is a pushover and that is why we can’t afford to lose focus,” he cautioned. “Every team in the Qualifiers has the equal opportunity of going through to the next round but as a team, we take it one game at a time.

“Every game is important to us, knowing that our ultimate ambition is getting a ticket for the World Cup in China. It’s not going to be easy but we’ll get there,” he told FIBA.com.