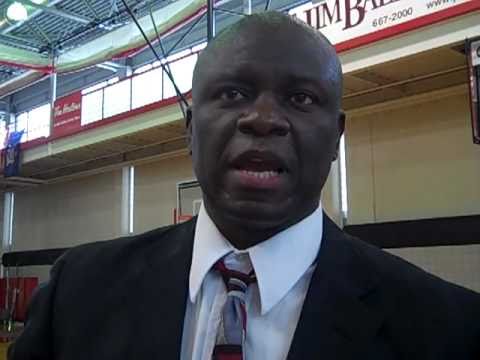 Nigeria Basketball Federation on Wednesday named United States of America based Nigerian Alex Nwora as the new coach of their national men’s team, Extrasportsnigeria.com reports, D’Tigers team ahead of their 2017 AfroBasket tournament jointly holding in Senegal and Tunisia. Nigerian Tigers will be in Tunis to defend the title they won two years ago in the same country under American William Voigt.
The move which took many by surprise is being widely debated in the country now.
The President of the Nigeria Basketball Federation, Musa Kida who made the announcement via a statement from the NBBF Secretariat in Lagos said national team’s training exercise will commence on Friday, August 12th.
Kida said the decision to appoint Nwora who guided Cape Verde to the 2013 AfroBasket where they defeated D’Tigers by 79 points to 76 “was borne out of the desire to give qualified Nigerians the opportunity of making history with the national teams.”
He added, “We started this project with the D’Tigress by the appointment of Sam Vincent, Mfon Udoka, Peter Ahmedu and Okworogun Ochuko. There is no point giving out national team jobs to expatriates when we have Nigerians all over the world who are duly qualified to get the job done.”
But interestingly, Vincent who has returned to coach the Nigerian women is an American.
Kida then enjoined all Nigerians to support Nwora “who is no stranger to the African basketball scene where he coached Cape Verde from 2009 to 2013.”
Nwora will be assisted by Kwara Falcons coach, Aderemi Adewunmi and Gombe Bulls Abdulrahman Mohammed who have both guided their teams to the top of the Atlantic and Savannah Conferences of the NBBF organized basketball league.
The list of invited players is expected to be announced soon, it was also announced.