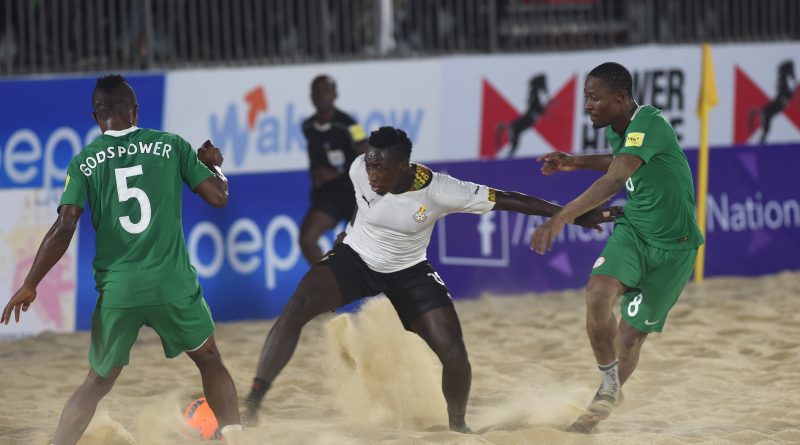 Having seen Senegal progress to the final in the previous match, Nigeria had Emmanuel’s opener cancelled out by Morocco skipper Nassim before the first break.

But a brace from Abu, a further strike from Emmanuel and efforts from Emeka and Ogodo wrapped up a dominant victory in front of an exuberant Lagos crowd.

After Abu rattled the crossbar, Emmanuel tapped in the rebound as Nigeria largely bossed proceedings over the course of the first period.

Ogodo then rattled the post and saw a goal ruled out for a foul in the build-up before Nassim equalised for the Moroccans.

Abu came close to Nigeria’s second but just failed to connect with Emeka’s shot, although the midfielder went one better when he restored the hosts’ lead with a tidy close-range finish.

Ogodo then rattled a strike into the roof of the net four minutes from the final period to put Nigeria in control in the latter stages.

With 12 minutes remaining, a stunning lobbed strike from Emeka extended Nigeria’s lead to three goals while Ayalogu kept out Iazal’s long-range free-kick at the other end.

His opposite number El Ouariry was required to deny Olawale’s dipping shot to keep Morocco just about in the contest, only for Emmanuel to rattle in a free-kick, much to the home crowd’s delight.

The writing was very much on the wall for Morocco when Abu prodded in a sixth that wrapped up a convincing success and prompted wild celebrations at the Eko Atlantic stadium as Nigeria ensured their presence at the competition in the Bahamas next April.