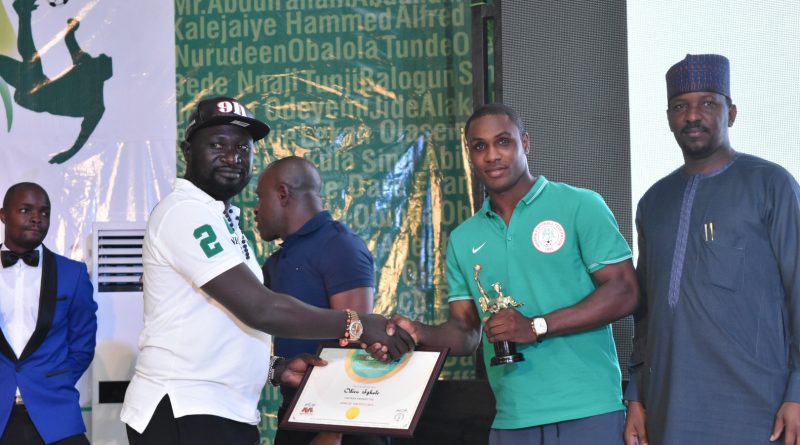 Organizers of the prestigious Nigeria Pitch Awards are set to name the nominees for the 7th edition of the awards at a press conference scheduled to take place on Tuesday, 17th March at the Ibis Hotel, Ikeja, Lagos.

The President of the Nigeria Pitch Awards, Shina Philips made this known in a statement released to the press in Lagos. He stated that after the votes are collated by SIAO Partners, it was customary to have a gathering of sports editors and journalists where the names of those shortlisted for the awards would be released.

Philips said, “Voting for the 7th edition of the Nigeria Pitch Awards was done by over 100 Sports Editors spread across the 36 states of Nigeria and the Federal Capital Territory, Abuja. All votes cast were collated and verified by an independent body before the list of nominees is announced at the press conference.”

He then added, “The voting process for the 7th edition began on 2nd January and continued to the 23rd February. We are grateful to all our voters across Nigeria who voted to ensure that the Nigeria Pitch Awards will continue to honour Nigeria’s best in football and encourage excellence in sports.”

Since its inaugural edition in 2013, the Nigeria Pitch Awards has continued to set a high standard for measuring individual and team achievements in football in Nigeria. The scientific and impeccable voting process adopted by organizers meets the standard practice adopted by the best award systems in the world. This is why the awards have been hailed as credible and transparent.

The pre and post award performances of award winners have become benchmarks for judging talents, industry and performance among Nigerian footballers and officials. The Nigeria Pitch Awards has always identified and rewarded performances among Nigerian footballers. At the 6th award ceremony in Asaba, Delta State, the Super Eagles duo of Odion Ighalo and Ahmed Musa emerged the Striker of the Year and King of the Pitch respectively largely as a result of their performances at the 2018 World Cup in Russia. Other players who have climbed the stage to receive awards include John Obi Mikel, Vincent Enyeama, Late Stephen Keshi, William Troost-Ekong and other football top performers in Nigeria.

The awards for Football Journalist of the Year in the Print, TV, Radio and Online categories have generated healthy competition among sports journalists.