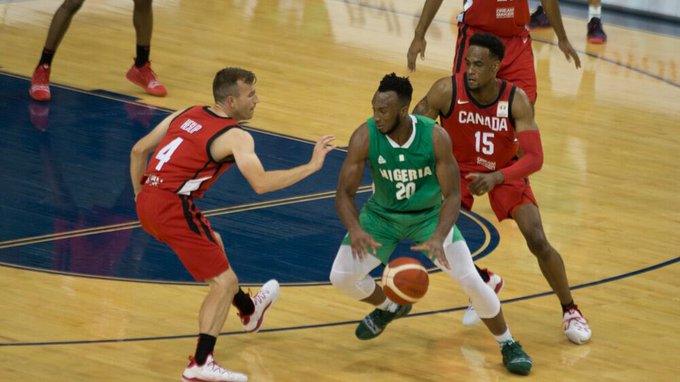 Canada could not erase a 10-point deficit late in the fourth quarter, as they lost 90-81 to Nigeria in a friendly game. Canada’s shooting went cold down the stretch on Friday night of their second match against Nigeria.

“We missed some easy shots,” Scrubb who led his team with 12 points told Sportsnet. “I think once we play a bit more together, we’ll make those. Right now, it’s just about learning and trying to get better.”

Canada narrowed the gap to 82-81, but Nigeria’s Jordan Nwora hit a three-pointer with a minute remaining to make it 85-81 in front of 8,000 fans at Bell MTS Place.

Nwora led all scorers with 19 points and the forward was good on all three of his three-point attempts. Canada defeated Nigeria 96-87 on Wednesday night in Toronto in the opener of the two-game series.

Both teams are gearing up for the FIBA World Cup, which starts later this month in China.

Team Canada head coach Nick Nurse was well aware of his players’ string of misses, but he wasn’t gnashing his teeth.

“We keep a stat we call consecutive stops, which means how many times we don’t let them score. So it was a four-point game and we stopped them six straight times and it was still a four-point game,” Nurse said with a grin.”