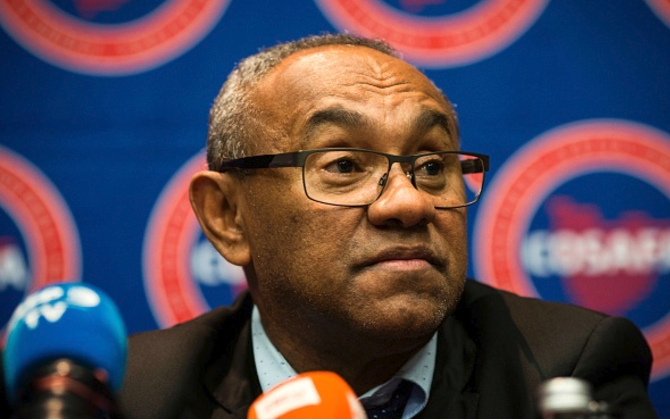 The President of the Confederation of African Football, Ahmad, has said that the continent’s biggest hope of making great marks at the 2018 World Cup in Russia lies largely with Nigeria.

Ahmad made his view known in a meeting with Nigeria’s sports minister Solomon Dalung in Morocco on Wednesday.

Ahmad who also praised Nigeria for qualifying for the quarter finals of Championship of African Nations holding in Morocco said that Nigeria had always been the cynosure of all eyes at African and World Cup tournaments.

“Nigeria has played an important role in African football and is the strongest African contender at the World Cup in Russia. CAF is backing Nigeria to make a mark at the 2018 World Cup. We must prepare our African teams to make us proud at the World Cup,” Ahmad said.

Earlier Dalung had thanked Ahmad for the support given to the five African nations which qualified for the World with particular reference to Nigeria’s Super Eagles.

Dalung expressed his gratitude in a meeting held at the Four Seasons Hotel Casablanca Morocco where Nigeria’s Super Eagles Team B are currently taking part in CHAN.

The CAF President approved a financial subsidy of $500,000 US dollars to the five African teams which qualified for the World Cup in Russia to strengthen the technical supervision of the teams as well as a Fieldwiz equipment – a technological device used for measuring the physical performance for outdoor team sports players.

The teams include those of Nigeria, Tunisia, Egypt, Morocco and Senegal.

Dalung commended the CAF President for his vision in changing the face of CAF and African football.

“I wish to thank you for turning around African football and giving it a facelift. Football in Africa today has been revolutionized and the effect of what we are seeing now is unprecedented. CAF now consists of a new generation of football administrators and I am happy too that we have a Nigerian in the person of Amaju Pinnick in the inner caucus of CAF.

“I thank you for supporting Nigeria with five hundred thousand dollars and an outdoor performance measurement equipment. This will assist the Nigeria Football Federation in preparing the Super Eagles for the World Cup.”

Also at the meeting was President of the Nigeria Football Federation Amaju Pinnick and the Nigerian Ambassador to Morocco Edward Pakwok.