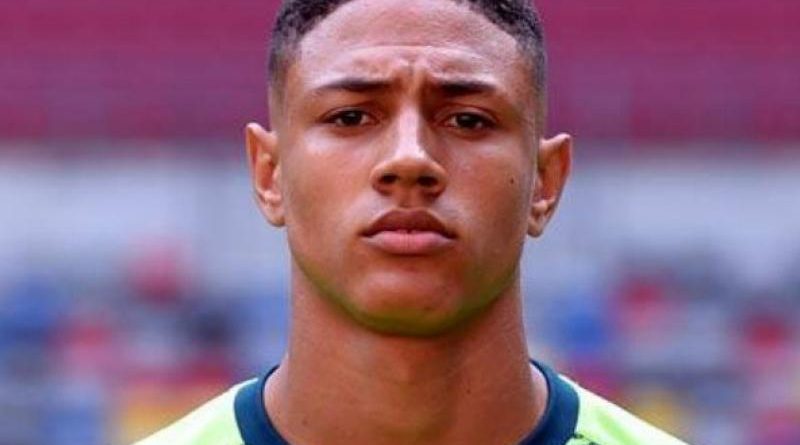 Nigeria U23 coach Imama Amapakabo has opened a link with Fortuna Düsseldorf goalkeeper Maduka Okoye with a view to an invitation to the Nigerian Olympic team. This comes ahead of the 2019 Africa U23 Cup of Nations qualifiers against Libya.

It was learnt that Okoye who was born in Dusseldorf, was first approached by Gernot Rohr’s scout, Victor Agali over committing his international future to Nigeria instead of Germany.

“Imama Amapakabo contacted me that he wants to have me in the Olympic Squad. It’s almost the best feeling,” Okoye said to Omasports.com.

“This is a big step, and I’m going to take this chance and prove myself. I think he’s one of the coaches of the Super Eagles. This is where I want to be. My dad is very happy, and he will be proud of me more than ever. He has always prayed for this, and I have always prayed for this as well. It is a big dream.”

The 19-year-old who named Alex Iwobi as one of the players he looks ups to admitted that he had never been to any stadium to watch Nigeria play.

“I like the team’s fighting spirit and energy. We have a lot of good, young players.”

Okoye plays for Fortuna Düsseldorf II in the Regionalliga West, (the fourth-tier in Germany).