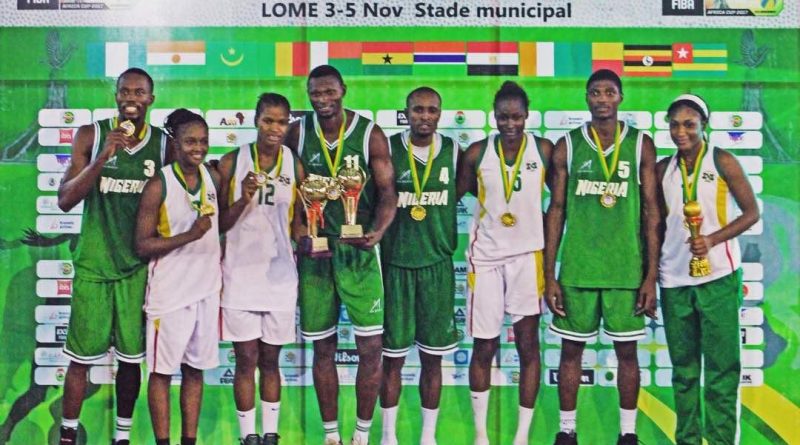 The Nigerian team led by Azuoma Dike left no one in doubt in the encounter after dispatching Egypt 21-14 points in the semi-finals and were unstoppable as Abdul Yahaya who scored a total of 39 points in five games left the Ivorians confused as Godwin David and Lucky Subel also contributed strongly to ensure victory for Nigeria.

Dike was also named the Most Valuable Player and led the list of the top three players that included Tisiane Traore of Cote d’Ivoire and Elly Randriamampionona of Madagascar.

However, Mali women stopped a clean sweep for Nigeria. The Malians ladies defeated Nigeria 12-11 in a keenly contested game.

Mali’s Nassira Traore was at her best for her country in the final game in Lome and was named the championship’s Most Valuable Player. Jamla Nasikombi of Uganda and Nigeria’s Nkechi Akashili made up the list of top three women players in the first FIBA 3X3 Africa Cup.