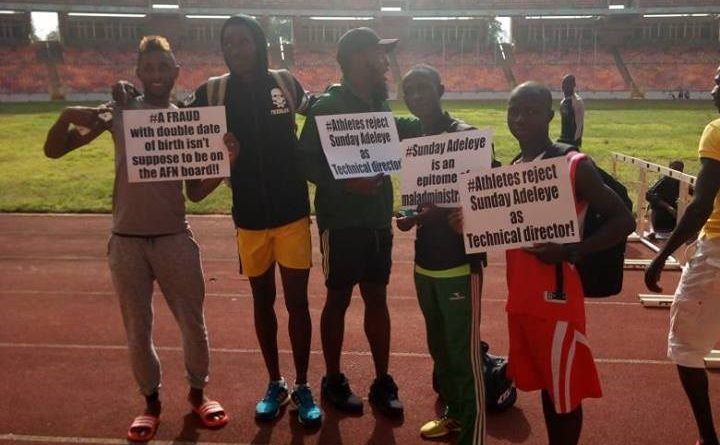 The 2018 Nigeria Track and Field Championships came to an abrupt end Sunday morning when athletes protested against the continued stay of Sunday Adeleye as their representative on the board of the Athletics Federation of Nigeria (AFN).

Extrasportsnigeria.com learnt that the mostly Nigeria-based athletes who elected the former Police officer as their representative in 2017 have accused him of not fighting for their interest. They allege that his appointment by the federation’s president, Ibrahim Gusau as the technical director of the AFN has led to a conflict of interest.

Adeleye, according to the athletes have used his position as technical director to intimidate the athletes he was elected to protect.

The athletes also want to know how he competed as a 17 year old for Nigeria at the 2003 All Africa Games when he was already in the Nigeria Police which requires that recruits into the force must be 18 years and above.

The athletes who competed on the opening day of the trial meant to select Nigeria’s representatives to the 2018 African Championships in Athletics which holds next month in Asaba, Delta State, Nigeria sat out the second day of competition as they carried placards demanding for the removal of Adeleye.

Backed by majority of the country’s former internationals who live abroad, the athletes have vowed not to compete again on Monday, the scheduled final day of the championships.

This is the first time in the over 60 years of the championships that it would be disrupted.