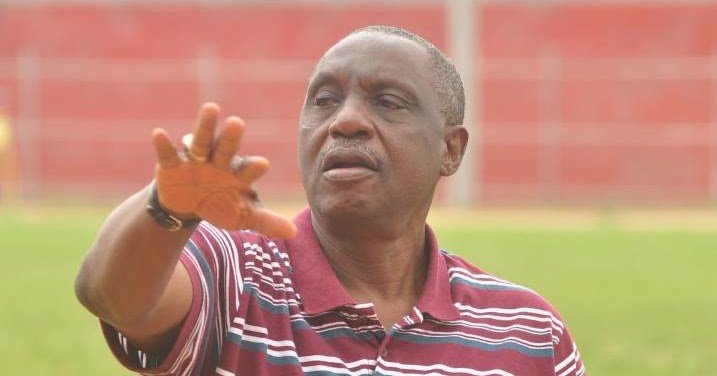 There was pomp, colour and essence as actors and actresses in Nigerian Football put out all the stops in honouring former international defender, former Secretary General of the NFA and one-time member of the Board of NFF, Chief Taiwo Joseph Ogunjobi ahead of the final interment of his remains on Friday.

The rites of passage began on Tuesday in Oshogbo, capital of Osun State where he served as Chairman of the State Football Association until his passing, with some youth football and tributes, before the train headed for Ibadan, the town where Ogunjobi spent most of his lifetime.

On Wednesday, the Western Nigeria Football Forum, headed by the First Vice President of NFF, Seyi Akinwunmi, and for which Ogunjobi was a key actor held a symposium in his honour with the theme: Celebrating the Life and Times of Ogunjobi.

Prominent persons at the symposium paid homage to Ogunjobi, a man regarded as one of the most charismatic administrators in the history of Nigerian Football, with Akinwunmi saying: “This is an avenue to honour him because he did so well for football in the South West and Nigeria as a whole.”

The event took place at the sports hall of the Lekan Salami Stadium, venue of several conquests for Ogunjobi.

On Thursday, a football match between a team of Ambassadors and Family United By Sports at the Lekan Salami Stadium ended 2-1 in favour of the former, and in the evening, a lying-in-state provided opportunity for prominent stakeholders, including Board Members of the NFF, NFF Management, NFF Staff, current and past bigwigs in the game, former international players and administrators to bid Chief Taiwo Ogunjobi goodbye.

The remains of the administrator will be interred at a private cemetery in Ibadan on Friday morning.