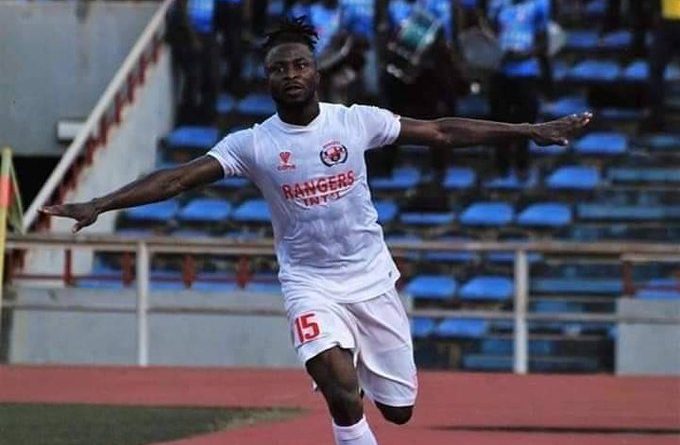 Sunday morning turned sad in the camp of Enugu Rangers as one of their strikers, Ifeanyi George, lost his life in a motor accident, Extrasportsnigeria.com reports.

It was learnt that the player and his two teammates were on their way to Lagos from Enugu when they crashed into a broken down lorry left on the expressway.

Enugu Rangers have confirmed the death with a Twitter message.

The team wrote: “We lost Ifeanyi George this morning. The club will soon come up with a statement soon.

“Ifeanyi George died this morning (Sunday) on his way to Lagos while driving from Enugu.

“The accident occurred in Abudu just after Agbor in Delta State.”

Extrasportsnigeria.com gathered from an updated crash scene information that George was not the person actually at the wheels after the initial confusion. An eye witness confirmed that one of the two others in the car was driving. The survivors are still in critical conditions at the hospital.

His death is the third from the Nigerian football leagues this year barely in the space of four weeks.

Remo Stars Tiamiyu Kazeem was killed one month in an incident involving the Nigeria Police. Chieme Martins of Nasarawa United also died about a fortnight ago during the NPFL game in Lafia against Katsina United.

The Nigeria Professional Football League is on break because of the Coronavirus pandemic. Since the suspension on Wednesday some clubs have declared short breaks for the players with many of them travelling within the country.