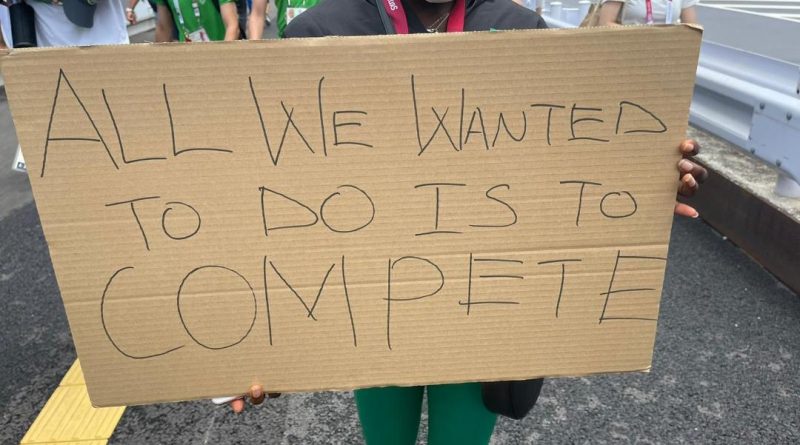 Nigerian athletes protested in Tokyo on Friday after they were disqualified from the Olympics for failing to meet anti-doping testing requirements.

The 10 athletes were banned from competing in the track and field competition after Nigerian sports officials failed to properly register them for three mandatory out-of-competition tests (OCTs).

“The AFN bears responsibility for any lapses that may have occurred during the process and reassures Nigerians that our performances will not be negatively impacted,” the AFN said in response as soon as it became obvious that the athletes would not be allowed into the Games Village..

But the athletes insist claim it wasn’t their fault and held placards with such messages like “Why should we suffer for someone else’s negligence” and “We are not just alternates but potential medallists.”