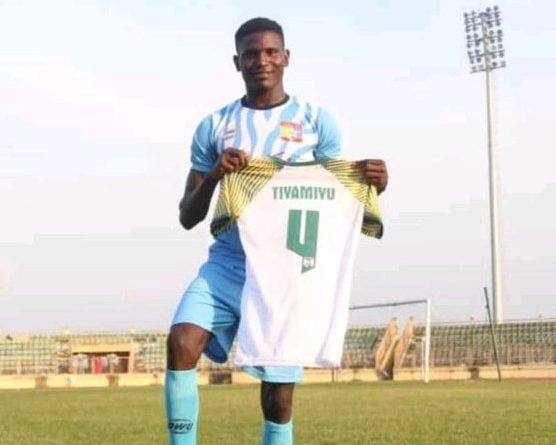 The Nigeria Football Federation has sent a letter of condolence to the Chairman of Ogun State Football Association and NFF Executive Committee member, Ganiyu Majekodunmi over the untimely death of assistant captain of Remo Stars Football Club, Tiamiyu Kazeem, which sad event occurred on Saturday.

In a letter signed by the NFF General Secretary, Dr. Mohammed Sanusi, the NFF said: “We are particularly sad about the reported circumstances of the player’s death, as attested to by a team mate who was with him at the time, to the effect that he was arrested by officers of the Special Anti-Robbery Squad (SARS) on the claim of wearing military apparel, and was pushed down from a moving vehicle before being crushed by another vehicle.

“To the entire family of Ogun State Football Association, we pray that God will grant you the fortitude to bear this loss of a promising talent who could have developed to a national and international star giving his humility, hard work, discipline and professionalism as attested to by his team mates.

“To the immediate family, extended family and friends of the departed player, we pray for God’s love and support for them to be able to bear this great loss, while also praying that God will grant the departed Tiamiyu Kazeem eternal rest.”

The Nigeria Police have since said it was not the true narrative of the incident.

The state police spokesperson, Abimbola Oyeyemi, confirmed in a statement that there is an order for the “immediate arrest of the officer for his unprofessional act of leaving an arrested person alone in the vehicle.”

“A full scale investigation into the case by the State Criminal Investigation and Intelligence Department has commenced.”

Nigeria international John Ogu wrote via Twitter that he wants an end to the tragedies by tweeting: “This has to stop. That was how a player was killed some years back playing in our local league.”

The 21-year-old, who played in defence for Remo Stars, was being detained by police in a vehicle before his death on Saturday in Sagamu, Ogun State.