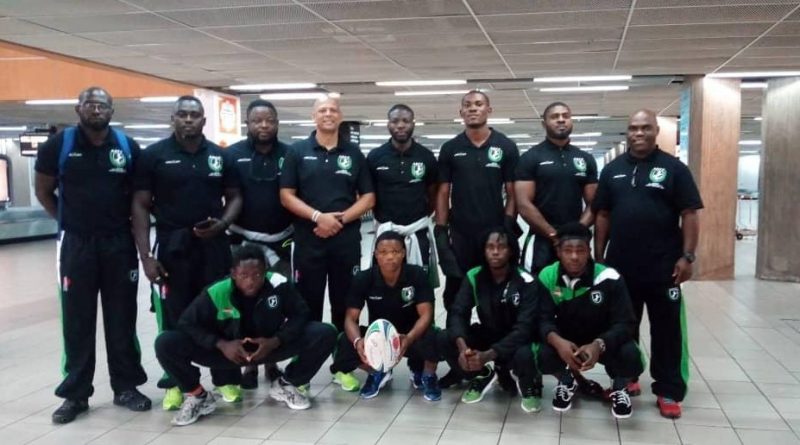 The Nigeria Rugby national team the Black Stallions have arrived in Abidjan, Cote d’Ivoire ready to face the continent in Africa Regional 7s competition, Extrasportsnigeria.com reports. The team left the Murtala Muhammed Airport, Lagos Thursday morning at about 7.30am to participate in the all important 3-in-1 Rugby Afrique Regional Sevens Tournament. The competition holds from September 15 to 17.

The Stallions who trained in Lagos in the last two weeks will test their might against Niger Republic, Burkina Faso, Sierra Leone, Benin Republic, Mali, Algeria, Guinea, Togo, and the hosts Ivory Coast.

Nigeria is in Group B alongside Algeria, Benin Republic and Niger. The Stallions will open up their campaign on Saturday and then go into the semi finals and classification matches on Sunday according to the released schedule.

The Nigerians desperately needs to win this tournament to return back to their former bigger league status before their suspension last year. Election disputes earned the country the suspension.