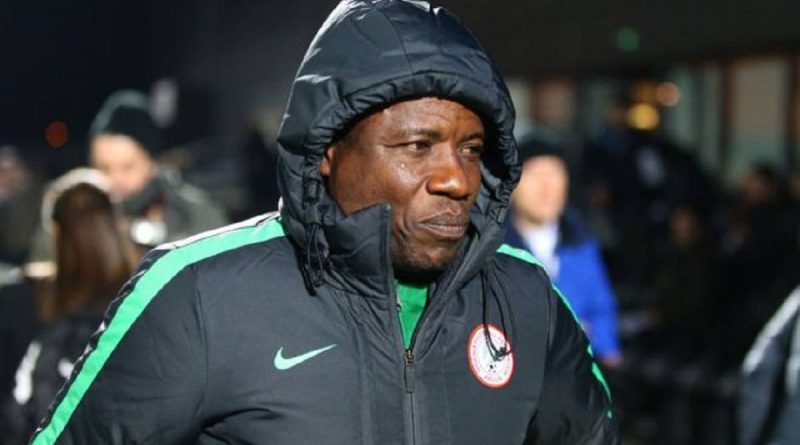 The Nigeria Football Federation has banned Coach Salisu Yusuf for a year and fined him $5000 following an NFF investigation into bribery allegations.

Salisu who was an assistant coach to Gernot Rohr at the Russia 2018 World Cup was caught on camera taking cash from undercover Ghanaian journalist Anas Aremayaw Anas posing as a football agent in company with another man. Salisu who also heads the coaching crew for home-based Eagles is believed to have met with the agents during the 2017 West African Football Union Championship held in Ghana. The “agent” wanted two players to be selected for the Championship of African Nations (CHAN) which was held in Morocco between January and February 2018.

Salisu appeared before an NFF ethics committee headed by the former Economic and Financial Crimes Commission chairman Nuhu Ribadu in Abuja on Thursday.

On Tuesday the NFF made the findings and decisions public. The federation announced that the former Kano Pillars coach has been banned from: “all football-related activities at both national and international level.”

Part of the federation’s statement read: “The NFF Committee on Ethics and Fair Play has placed a one-year ban from all football-related activities on Super Eagles Chief Coach, Mr. Salisu Yusuf, following its consideration of a complaint by the NFF as well as the coach’s defence of a video documentary in which he was seen to accept the sum of $1,000 from an undercover reporter posing as a player’s agent. The coach must also pay a fine in the sum of $5,000 to the Federation within three months.

“In its report submitted to the NFF Secretariat on Tuesday, days after inviting the coach to state his own side of matters, the Committee, chaired by Mallam Nuhu Ribadu, said it:

The federation also announced that an appeal against the decision can be made to the NFF Appeals Committee.