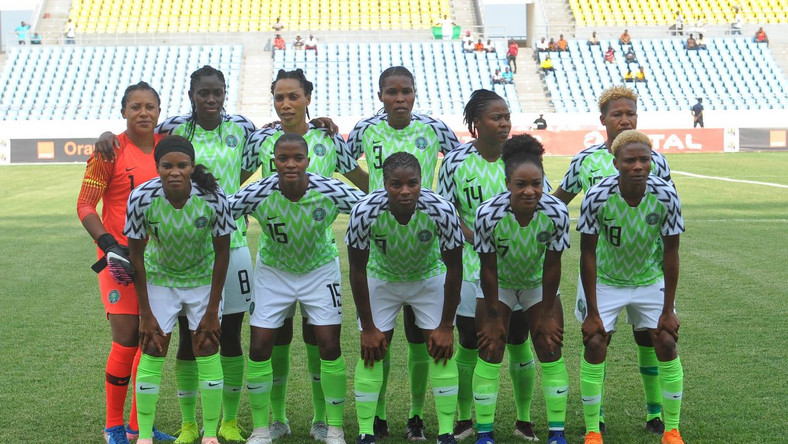 Nigeria’s senior women’s team Super Falcons have been knocked out of the Tokyo 2020 Olympic Games after forcing Cote d’Ivoire to a 1-1 result in Lagos on Monday.

It followed a goalless first-leg in Abidjan last week. The Falcons would be missing the Olympics for the third time in a row after featuring at the Athens 2004 Games.

In Agege, the Nigerian ladies started the contest on a high with a shot at goal in the 8th minute but it was saved by goalkeeper Djohore Cynthia.

The soon recovered in less than five minutes to take the lead after Nina Kapho struck with a free-kick. Asisat Oshoala equalised for Nigeria six minutes later. And the table remained so until the final whistle.

The African queens will miss the Olympic Games for the third successive time, and also for the second time under coach Danjuma.

Cote d’Ivoire will now take on either Cameroon or the Democratic Republic of the Congo in the fourth round of the qualifying series next month.