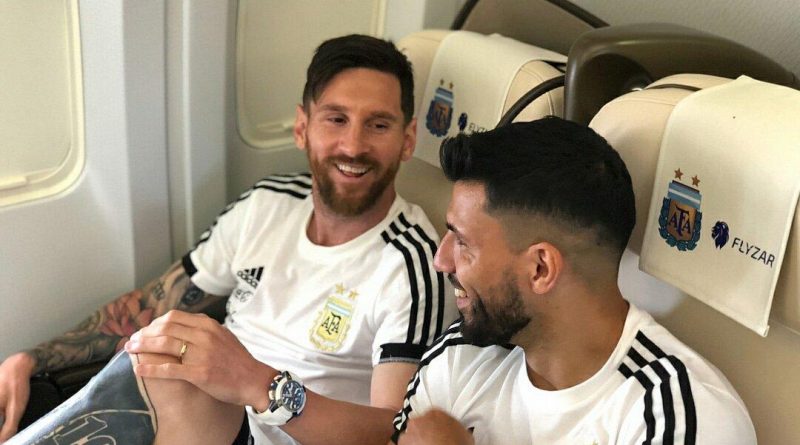 Nigeria’s Group D opponents, Argentina and Iceland have arrived in Russia ahead of their opening match at the 2018 World Cup.

The Argentine Football Association confirmed their departure for Russia via their Twitter handle. Lionel Messi is expectedly leading the party with Gonzalo Higuaín and Angel Di María in the mix. English Premier League stars Marcos Rojo, Nicolás Otamendi, Sergio Aguero and Willy Caballero are in the team as well. West Ham’s Manuel Lanzini painfully suffered a ruptured anterior knee ligament injury in training on Friday and has been replaced by River Plate’s Enzo Pérez.

Nigeria will play Iceland in their second Group D game on June 22 at the Volgograd Arena after the opening match against Croatia, while they face Argentina in their final group game.

The Heimir Hallgrimsson-led side finalized their preparations for the competition with a 2-2 draw with Ghana last Thursday, with Kari Arnason and Alfred Finnbogason scoring the goals for the team.

On Friday Bayern Munich wing-back David Alaba and some of his Austria teammates visited the Super Eagles at their training camp in Bad Tatzmannsdorf in a solidarity visit.

The Nigeria Football Federation has posted a 59-second video on Twitter, showing Alaba and his teammates watching one of the Eagles workouts.

Alaba was born in the Austrian capital, Vienna, twenty five years ago to a Nigerian father and Filipino mother. He has always shown love for Nigeria at any given opportunity as he once held the Nigerian flag with Bayern at the UEFA Champions League final game.

Prior to his competitive debut for Austria against France in a World Cup qualifier in 2009 Alaba had been turned down by Nigeria when he tried playing for the country’s U17 team.

Alaba wished Eagles all the best at the World Cup and thanked Nigerians for their support. The Austria national team are holding a training camp very close to the Super Eagles Avita Resort camp ahead of Sunday’s friendly against Brazil.

West Ham striker Marko Arnautovic who is of Serbian family also wished the Super Eagles well in their adventure in Russia.