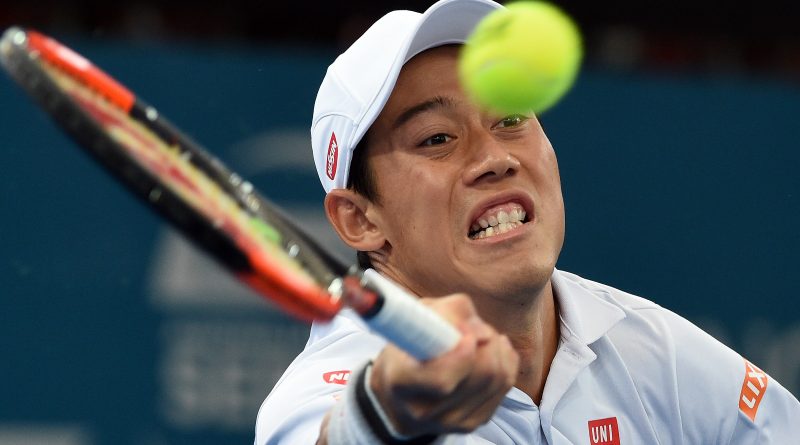 Kei Nishikori says a Grand Slam title is within reach following his impressive straight sets win over US Open champion Stan Wawrinka in the semi-finals of the Brisbane International Saturday.

He will now take on Grigor Dimitrov in the decider after the Bulgarian stunned top seed and defending champion Milos Raonic 7-6 (9/7), 6-2 in the second semi-final.

Nishikori, one of the best current players not to have won a Grand Slam singles title, got close in 2014 when he finished runner-up to Marin Cilic at the US Open.

But the world number five said after beating Wawrinka, a three-time Slam winner, that he has the ability to become the first male Asian player to win a Major.

“This one will give me a lot of confidence, and hopefully tomorrow too,” he told AFP.

“The Grand Slam is going to be a big goal for me to play well.”

After an even first set with no breaks of serve Nishikori stepped up a gear to race away with the tiebreak.

He then began to outplay Wawrinka and dominated the second set.

“It was a really tough first set,” he said.

“But I really stayed tough until the tiebreak, and I got one or two chance in the tiebreak.

“After that, I think I was playing better in the second.”

Wawrinka conceded he had been outplayed.

“I think Kei was a little bit stronger than me today — I think he put a lot of pressure on me during the game,” Wawrinka said.

“He was the aggressive player. He played better than me.”

Dimitrov was in sublime touch against Raonic, whose booming serve let him down in key moments.

The Bulgarian, 25, showed he is on track to return to the top 10 with his 87-minute victory, with the match following a similar pattern to the first semi-final.

The Bulgarian, once ranked as high as eighth in the world, said he was thrilled with the level of his play against Raonic.

“I was strong – I was hitting the ball well enough,” he said.

“I think this is where I had the match in my hands.”

Dimitrov has not beaten Nishikori in three previous attempts.

“There are guys that I have always played differently, I feel,” he said. “Kei is one of those guys.

“I think last year we played a pretty close match. I felt like I had my chance and my momentum.

“But it’s just another match for me. As I said, it’s the final. I’m not playing anything next week so for sure, I’m going to get out there and just leave it all.”