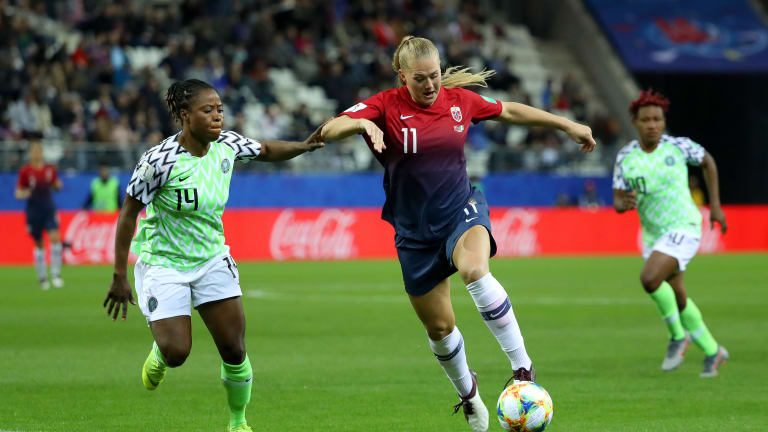 Guro Reiten scored in the 17th minute as the Super Falcons failed to deal with a corner kick, and Lisa-Marie Utland made it two 17 minutes later when she flashed a fierce shot past goalkeeper Tochukwu Oluehi from close range.

The African champions were overwhelmed in the encounter and this showed as defender Osinachi Ohale put the ball into her own net in an attempt to steer the ball away as the Scandinavians again threatened from the left side of the Nigerian defence.

Coach Thomas Dennerby introduced Chinaza Uchendu, Chidinma Okeke and Uchenna Kanu in the second half, and although there appeared to be some aspiration at the front, the Falcons could not put their passes together with conviction to trouble the Norwegians.

Nigeria will now move to Grenoble, where they take on Korea Republic on 12th June. The Koreans lost 0-4 to host nation France in the championship opening match in Paris on Friday.