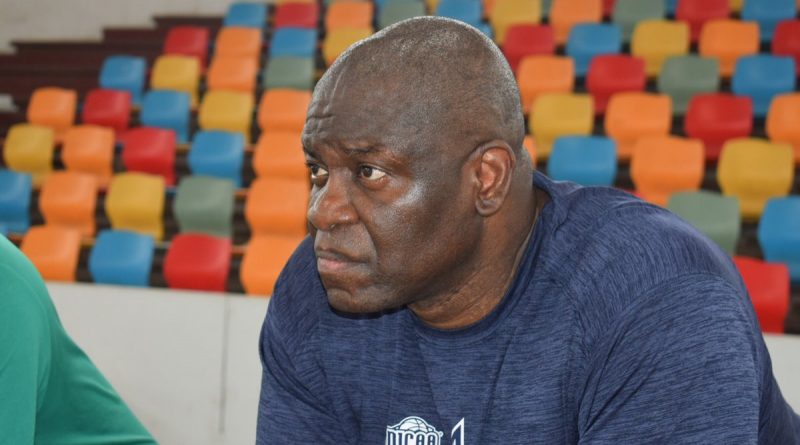 Nigeria’s D’Tigers coach, Alex Nwora is determined more than ever to end the qualifying campaign on a high. This is in spite of the absence of some key players who took part in the last FIBA World Cup qualifiers held in Lagos.

Having recorded 9 straight wins so far to become the first country in the world to qualify for the World Cup in China with an unbeaten record in the series, Nwora said his mission statement is to lead the team out to represent Nigeria the best way they can.

In the absence of key players such as Al Farouq Aminu, Stanley Okoye, Obinna Emegano, Ike Nwamu and Christopher Obekpa, Nwora said the coaching crew had to dig deep for worthy replacements to fill the void created.

“Since we don’t have all the players who took part in the last window who are familiar with the national team, we are still able to bring a couple of new players who have not played before to fill in the void.”

Nwora has continued to enjoy a career as D’Tigers coach with just 2 losses in all competitive games (against Congo Democratic Republic and Tunisia) since taking charge in 2017. For him, keeping the flag flying and retaining the number one spot in Africa is the ultimate goal.

The 2017 Afrobasket silver winning coach said the team would once again rely on some experienced members when they start their final round of games on Friday against hosts Cote d’Ivoire at the Sports Hall of the Palais des Sports stadium.

“I am fortunate to still have players like Ike Diogu, Deji Akindele, Ike Iroegbu and a couple of players who know my system and coaching philosophy which is giving your best to the great country Nigeria. We just have to make sure that when the light is on, we give it everything we have and show that we are the dominant team in Africa.”

He praised the NBBF leadership under Musa Kida for changing the narratives and creating an atmosphere conducive for success.

“Everybody wants to play for their country, they are very proud to be here and wear the green white green. With the new federation coming in and doing what they are doing, the players want to come back and play because the condition has been favourable and they are happy to be here.”