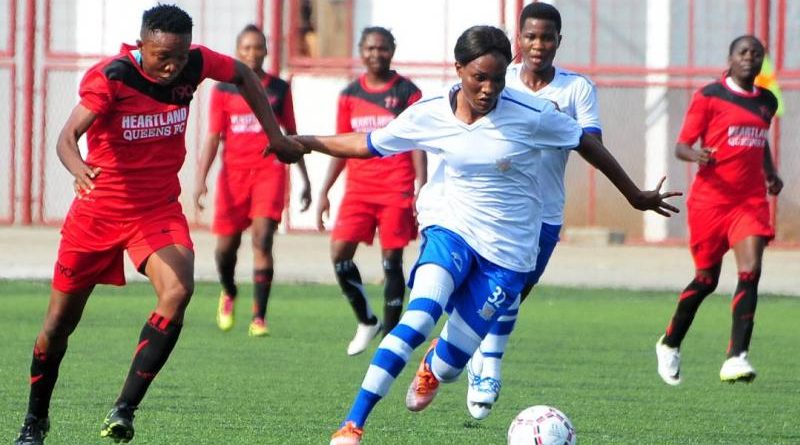 The coaches of the top clubs that will be represented at the 2018/2019 edition of the Nigeria Women Premier League are blowing out about their clubs performance at the competition aimed to determine the Champion of the season.

The coaches, Moses Aduku of Bayelsa Queens, Rivers Angels manager, Edwin Okon, and Jacob Bandi of Adamawa Queens, are optimistic that their clubs will dominate and win the title.

Bayelsa Queens head coach and ex-junior international, Moses Aduku, told his players he wants to see ‘more bravery’ in them as they vie to retain the title they won last year in Lagos.

The former Flying Eagles midfielder noted that, the squad seems determined to repeat what they achieved last year, defeating Nasarawa Amazons in the final of the Super 4.

Aduku noted: “We have had a lot of training sessions towards the Super 4 and the squad is confident as ever. We would be playing against the best sides in the league and it means we have to be at our best.

Rivers Angels coach and former chief coach of the Super Falcons, Edwin Okon, has been a little discreet about his team’s plan for the Super 4 in Lagos.

He said: “All I can say is that as multiple champions, we are coming to Lagos to regain the title that belongs to us. My girls are more determined than ever to climb back to the top of women’s football in Nigeria.

“With Rivers Angels, Nigerians will see a different kind of football this time around.”

“A lot of women football supporters just hear about us as one of the top league teams, but they haven’t seen us play before. At the Super 4 in Lagos, Nigerians in the western part of the country will see brilliant display of purposeful football skills from my girls and we will let our opponents know that, we are the best in the Premier League by taking the champions trophy home to Yola.”

The Chairperson of the Nigeria Women Football League, Aisha Falode, said in Lagos on Monday that, the 2018/2019 Super 4 would be very exciting and full of action as the competition has equitable share of the clubs from two football playing zones of the country.

“It’s the first time, we shall be seeing two teams each from the Northern part of the country and two from the Niger Delta, coming together to battle for the Premier League title in the Super 4 Challenge.”