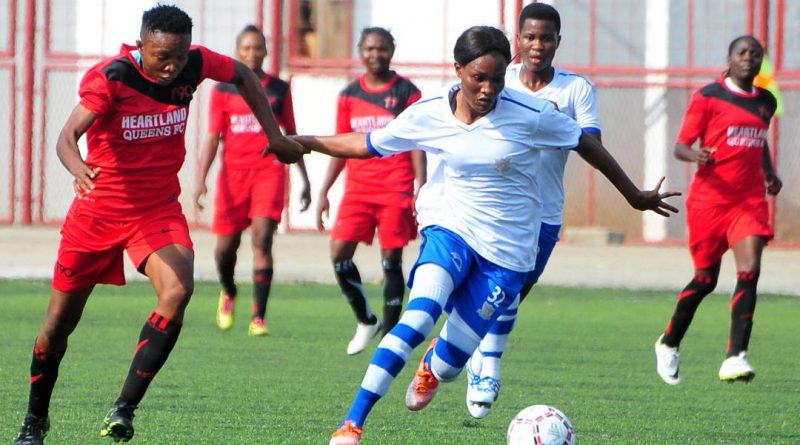 Edo State darling team, Edo Queens may not have made the cut for the Nigeria Women Super Four tourney fixed for September in Benin City but the state governor Godwin Obaseki has said every effort will be deployed to make the state a trail blazer in women’s football packaging, Extrasportsnigeria.com reports.
Benin City will be bubbling from September 11 to 16 as the Samuel Ogbemudia Stadium in Benin City hosts the first ever Super Four Women’s Championship in the country.
The Chairman of the Women’s League in Nigeria, Aisha Falode said she has been so touched by the level of support from the Edo State Governor and then promised she and her team would not fail Nigerians but deliver a tournament that would be inspiring to all.
She said, “I must confess that we are excited by the support we have been getting from Edo State; it’s been tremendous. I must also thank the media for the superb support and say we may not be able to reward them adequately but professionalism has been my calling and I think that is what they are sticking to.”
Edo FA Chairman, Frank Ilaboya who underlined the fact that such competition was the first of its kind in Nigeria, added that the FA would ensure things go smoothly as the Nigeria Football Federation in conjunction with the Edo FA and government add glitter to the women’s event.
“This is the first of its kind and it will remain an example to follow,” Ilaboya said.
Obaseki has already set up a high level four-man committee to make the tourney one that should put Edo State in reckoning as a real home of sports in Nigeria. The 2017 NWPL Super Four championship will feature Bayelsa Queens, Delta Queens, Nasarawa Amazons and title holders, Rivers Angels.