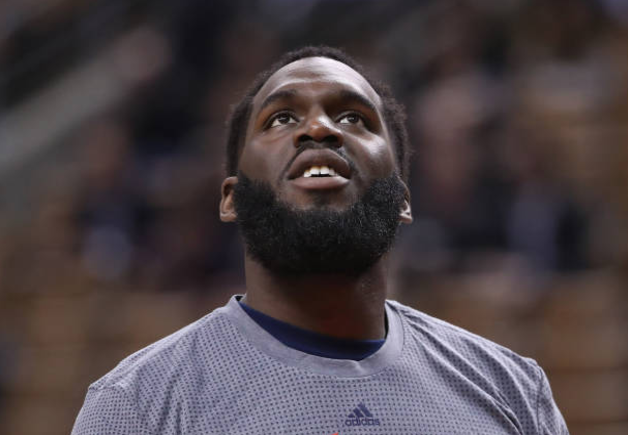 Washington Wizards centre Daniel Ochefu is hopeful and aiming for the trophy and Nigeria begins the campaign to retain the African cup they won in Tunisia two years ago.
Nigeria national basketball team, D’Tigers flew out of the country for Tunisia at 6am Wednesday, 6th September from the Murtala Muhammed Airport in Lagos aboard an Air Maroc flight, Extrasportsnigeria.com reports.
The Tigers will start their campaign in the African championship with preliminary games against DR Congo, Mali and Cote d’Ivoire for the competition taking the tip off on Friday. The championship is being hosted jointly for the first time by Senegal and Tunisia.
The final team list was made by coach Alex Nwora on Tuesday after the team’s final work out at the Teslim Balogun Stadium in Lagos. The Nigerian men have added pressure to perform creditably well after the women’s team won the African cup in Mali barely a fortnight ago. But despite the perceived pressure, Ochefu believes the Tigers can return from Tunis with their heads held high.
He said, “We’ll keep the same kind of mentality they (D’Tigers 2015 squad) had when they won the championship in 2015; that’s the way to go.”
The Nigerian team is entering the championship with a lot of players who have never played at the Nations Cup level previously. And this includes Ochefu who is making his debut but he believes that should not count.
“My profession is to play basketball; I’m in shape and ready to go.
“It doesn’t matter whether it’s my first time or not; we are going to play basketball over there and that I am very ready to do. Nigeria will be the team everyone wants work hard against for obvious reasons. The men won it the last time and the ladies just the whole of Africa again.
“Yes, I don’t know much about the system here but I know basketball very well. I can rebound, I can defend and I can score and that is what I am going there to do.”
Nigeria will play the first match on Friday against Cote d’Ivoire.
Final list
1. Abdul Yahaya
2. Dike Azuoma
3. Diogu Ike
4. Deji Akindele
5. O’karo Akamune
6. Bryant Mbamalu
7. Ike Nwamu
8. Akin Akingbala
9. Ike Iroegbu
10. Anthony Odunsi
11. Kelechi Anunna
12. Daniel Ochefu