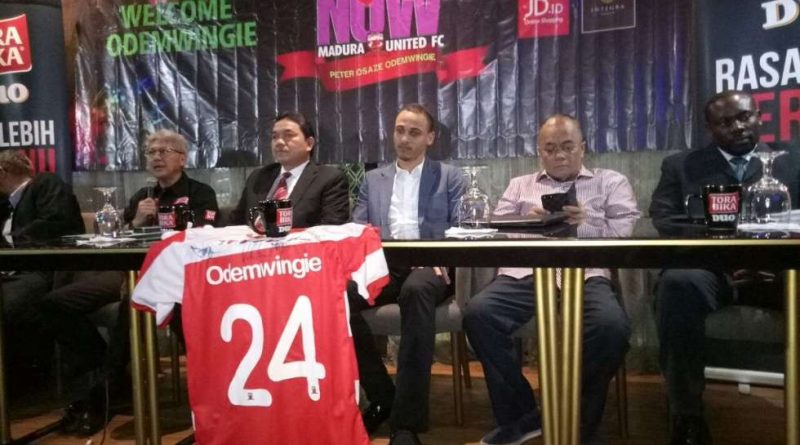 Odemwingie on Monday after a successful medical was signed on to Indonesian first division club, Madura United FC.

The club has since confirmed the signing of Odemwingie as a marquee player for the 2017 League 1 season with photographs of his presentation ceremony.

In Jakarta, the President of the club Achsanul Qosasi and the club manager Haruna Sumitro presented the former Nigeria international to the club fans ahead of their league opener.

The 35-year-old, who previously featured for Cardiff City, Stoke City and West Bromwich Albion FC was quoted on an Indonesian website beritajatim.com as saying, “Taretan, see you in Madura.”