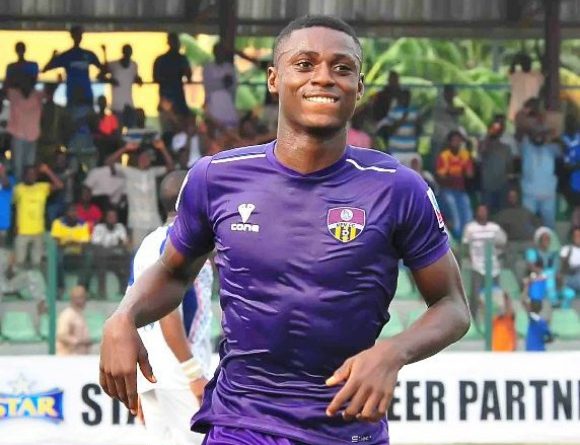 MFM FC continued to stay within touching distance of Nigeria Professional Football League (NPFL) leaders Plateau United by defeating struggling Sunshine Stars 2-1 in a match played at the Agege Stadium, Lagos on Wednesday according to an npfl.com report.

The league’s leading scorer Stephen Odey also starred in the win for his club, netting his 16th of the season.

The match was devoid of outstanding creativity and many chances. Tchato Giscard’s 27th minute goal from a tight angle was no doubt the most eye-catching moment of the encounter. There is certain inevitability about it being a VAT Wonder Goal of the Matchday contender.

A pass from Stanley Okorom freed him but the angle was closing up. Sunshine Stars keeper, Henry Ayodele must have expected a cross and opened up an inch of space to his near side. That was all Giscard needed for a volley that hit the roof of the net and sent the stadium bouncing.

It was not a match of high intensity. Too many midfield passes went sideways rather than forward and Tope Orelope’s speculative volley for Sunshine Stars which almost caught MFM keeper unawares was a point in a drab first half.

Sunshine Stars were much improved in the second half but they went two-nil down against the run of play. A shot by Austine Opara was pushed out by the Sunshine Stars keeper only for the rebound by Sikiru Olatunbosun to be handled by a player of the away team in the box. Referee Akintunde Akinsanya from Oyo State awarded a spot kick to MFM.

Odey dispatched with ease for his 16th goal of the season with 11 minutes left on the clock.

Sunshine’s rally was late. They pulled one back in similar fashion a minute after regulation time. Ajibola Otegbeye was the scorer. It merely made it 2-1 but was not enough to salvage a point as the referee called it a day soon after.