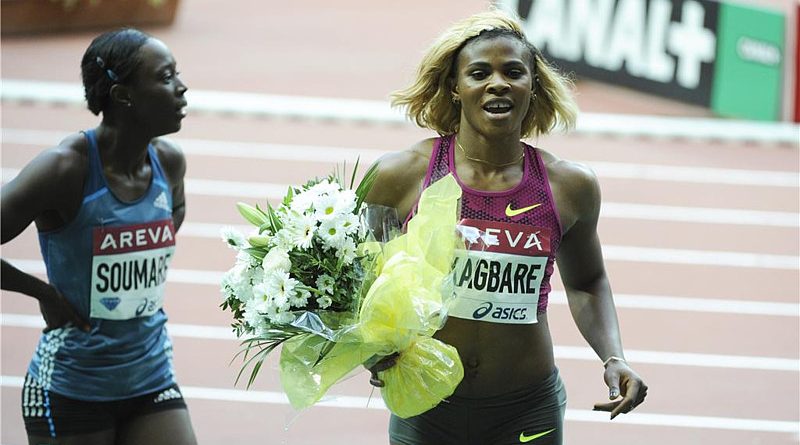 Okagbare, who failed to make history last week as the first Nigerian to emerge as IAAF Diamond League champion in the first final in Zurich now has another glorious chance.

If the tall and beautifully-built Nigerian outruns a loaded field in the blue ribbon event that includes 2012 Olympics champion, Jamaica’s Shelly-Ann Fraser-Pryce, Britain’s Dina Asher-Smith and reigning All Africa Games queen, Marie-Josee Ta Lou of Cote d’Ivoire, three athletes that have broken 10 seconds this year, then she will go down in history as the first Nigerian in the Diamond League era to do so. It will be ahead of another Nigerian sprint hurdler, Tobi Amusan who will also be competing Friday evening in Brussels.

For Okagbare to achieve this, she will have to run inside 11 seconds for the first time this season. The closest she has come was the 11.04 seconds she ran in July at the Müller Anniversary Games at Olympic Stadium in London.

The 2013 IAAF Worlds 200m bronze medallist has found running inside 11 seconds difficult to achieve since she broke 11 seconds six times in 2015.

In 2016 she achieved it only once albeit it was wind-aided, running 10.92 seconds at the István Gyulai Memorial race in Hungary.

The following year she ran a sub-11 seconds only once. This was at the Müller Anniversary Games where she ran a legal 10.99 seconds to place third.

Last year, Okagbare raced inside 11 seconds twice at the start of the season. First was in March at the Austin Clyde Littlefield Texas Relays in Austin, Texas where she ran a wind-aided 10.72 seconds to win the title.

While Okagbare is looking for her first sub 11 seconds race at 100m, Amusan will be eyeing her 15th sub-13 seconds performance over the 100m hurdles as she bids to achieve what Glory Alozie failed to achieve in 1998 at the IAAF Golden League final.

Amusan is the fourth fastest woman in the world over the distance so far this year following the 12.49 seconds personal best she ran in Sotteville, France in July and the petite Nigerian will have to run faster to upstage the duo of Jamaica’s Danielle Williams, the world leader so far this year at 12.32 seconds and USA’s Kendra Harrison, the world record holder at 12.20 seconds who has ran 12.43 seconds this year.

The two Nigerians in tonight’s race stand to win $50,000 each if they win their respective events. They will also be crowned IAAF Diamond League Champion in addition to getting a wild card to compete at the IAAF Worlds later this month in Doha, Qatar.