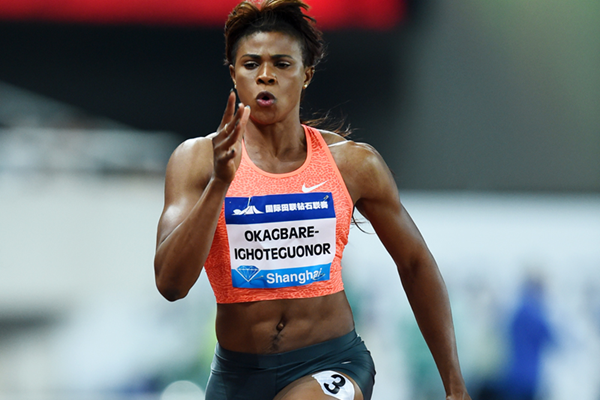 Two Nigerian medal contenders were booted from world championships because the Nigeria Athletics Federation entered them in events they never planned to run.

The AFN entered NCAA champion Divine Oduduru and 2013 200-meter bronze medallist Blessing Okagbare in the 100 meters even though neither planned to run that distance this week in Doha. When they didn’t show up for that event, the IAAF disqualified them from the rest of the meet, including the 200 and 4×100 relay, which both were hoping to run.

In an interview with The Associated Press, Okagbare said an appeal to IAAF was in the works and that federation president Sebastian Coe had called her and told her the case was being reviewed.

“He told me he understood what was going on, and to get some sleep,” Okagbare said. “My hope is that they get the appeal on time.”

If the appeal is accepted, Oduduru would run in the 200-meter heats set for Sunday and Okagbare would run Monday.

IAAF rules state that, unless they’re injured or sick, athletes who withdraw after a certain deadline become ineligible for the rest of the championships.

Okagbare said both she and Oduduru repeatedly told the Nigerian federation that they had no plans to run in the 100.

“It’s not the first time they’ve done a thing like this,” she said. “They deal with the African Games and national championships, but this is not Africa. We’re not running at national championships. People here take the rules seriously and we keep bending them. It’s wrong. It’s incompetency. I feel like they’re wasting my world championships. I don’t know how many more I have. I’m 30.”

Officials at the Nigerian Athletics Federation did not immediately respond to emails sent by AP.