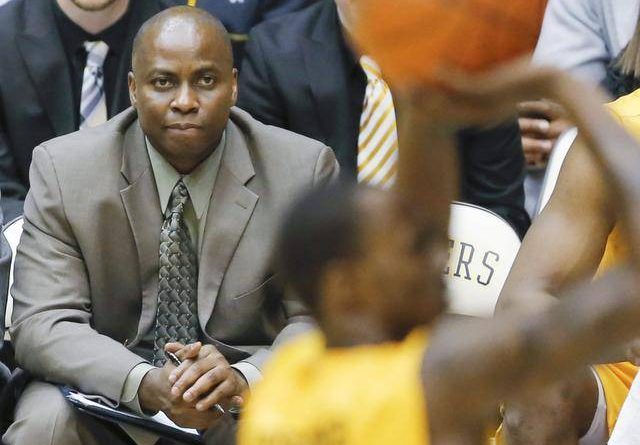 The Nigeria Basketball Federation has announced changes to the coaching crew of the senior men and women’s national teams with immediate effect.

This NBBF said the decision was taken after the review of the national teams activities recently by the board led by Engineer Musa Kida. For D’Tigers, Dominic Okon and Ogoh Odaudu have been appointed to replace Abdulrahman Mohammed and Aderemi Adewunmi who until now were assistant coaches to Alex Nwora.

Dominic Okon, a former Ebun Comets player was part of the D’Tigers team that qualified Nigeria for the first ever FIBA Men’s World Cup in 1998 in Greece and works as an assistant coach with Wichita State University, Wichita, Kansas.

Ogoh played for Zuma Rocks of Abuja before moving to Dodan Warriors and later to Ebun Comets. He was a member of the D’Tigers silver winning medal team at the 2003 FIBA Afrobasket in Egypt.

The coach has also had stints with Lagos Islanders (2003) before moving to Royal Hoopers (now Rivers Hoopers) of Port Harcourt where he led the team to national league glory in 2011 and 2012 seasons.

For the women, former D’Tigress captain and current First Deepwater Basketball club of Lagos coach, Sola Shomala has been named as replacement for Ochuko Okworogun.

She captained the 2003 and 2005 FIBA Afrobasket winning team.

The federation thanked Abdulrahman, Aderemi and Ochuko for their services to the nation while wishing them well in their future endeavours.

The NBBF board has congratulated the newly appointed coaches and advised them to work closely with their head coaches to deliver the mandate already handed to them.