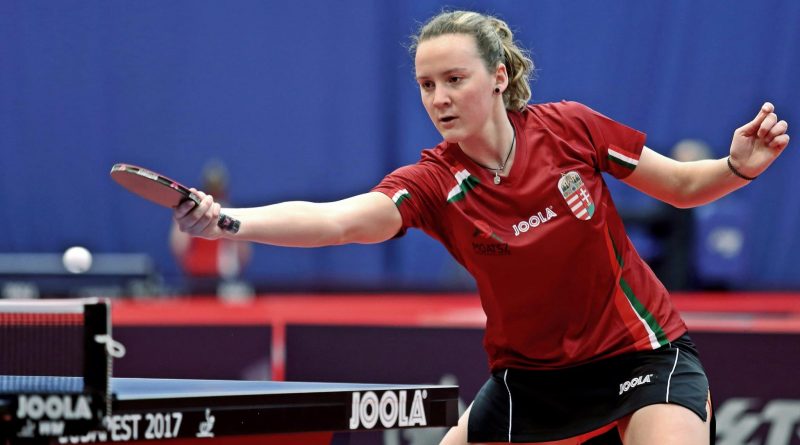 Pius Ayinor
Benedek Olah of Finland who featured prominently in the recently concluded ITTF Challenge – Nigeria Open – has spoken glowingly of the times he has spent in Nigeria. Olah who won the competition in 2016 told Extrasportsnigeria.com in an exclusively interview that he was comfortable with the Lagos city environment and the venue of the competition which held at the Teslim Balogun Stadium in the Surulere area of the city.
The Finnish who had tipped Nigeria’s Aruna Qadri to possibly make it to the final said he has consistently returned to the country because the people were loving and warm to visitors.
He said, “I feel very cool here; I know the city a lot more because I’ve become a regular guest now. If I felt uncomfortable at the first try I wouldn’t have returned but I love the people here and I hope to return at any given opportunity.”
But he was the player who spoke sweetly about the African country. Majority of the foreign players that featured also told ITTF media team that they are looking forward to returning for the next edition in 2018. African and European players sang same song after having a swell time in Lagos and they have all agreed that attending the next edition will part of their itinerary.
It was South Africa’s Theo Cogill who first expressed his willingness ITTF to make a return to Nigeria.
Cogill, who made it to the main draw of the men’s singles event said the atmosphere and the warmness coupled with the hospitality of Lagosians are irresistible for him.
“I cannot but return to Lagos next year because I have never attended a well-organised and crowd pulling table tennis tournament like this particularly in Africa. The people are every friendly and the atmosphere in the hall was awesome. I did not expect I will go far but I made it to the first round amidst the quality of players in the competition,” the South African vice champion said.
Also, Hungary’s Bernadett Balint described her experience as memorable.
The women’s doubles champion said, “I like the tournament because people like table tennis so much. Also the African players were good because they tried their best. This is my first time in Nigeria despite being a difficult tournament; I will like to come here again because I had good memories.”
French international and men’s doubles champion, Antoine Hachard said, “Playing Nigeria Open has been a wonderful experience because of the atmosphere with the sport and the connection with the public was something unbelievable. I think they (African players) are different in terms of qualities and physical attributes. Most importantly, the atmosphere here is great; it not the same in Europe as the atmosphere is Lagos is unique.”
Sarthak Ghandi, who finished as runner’s up in the men’s singles, said every moment at the Molade Okoya-Thomas Hall was awesome.
“I think I have never seen this kind of crowd that cheers the players so well like this before. They showed their understanding of the game and this most times inspires players to give their best. This is my first time in Africa and I will be willing to come back again to Lagos next year,” the Indian star said.