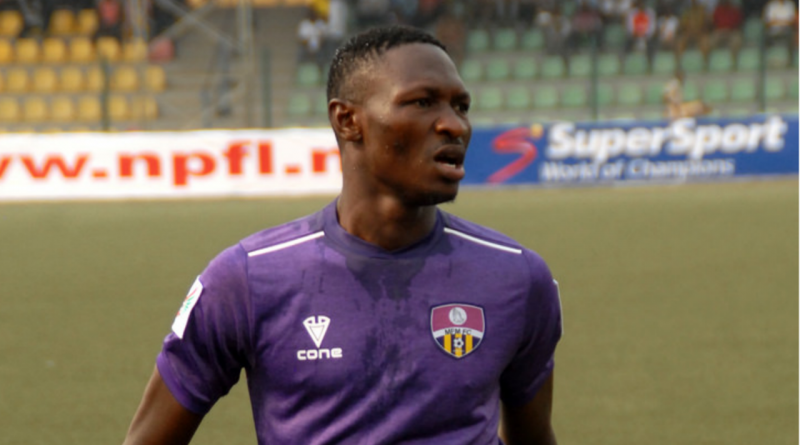 Nigeria winger Sikiru Olatunbosun will not feature for MFM FC in this weekend’s CAF Champions League clash at AS Real Bamako in Mali as he is not registered for the competition.

It was gathered the omission was caused by the fact that Olatunbosun’s future at the Lagos club was uncertain at the time of the registration for the Champions League.

The left winger, who is best remembered for scoring a CNN Goal of the Week last year, was at the time linked with a move to Tunisia.

Olatunbosun and Stephen Odey were star performers for MFM in the 2017 season which also earned them caps with the Super Eagles.

MFM will take on Real Bamako in a Champions League preliminary round first leg match in Mali tomorrow, while the return leg tie will be played in Lagos on February 21.

Meanwhile, The Olukoya Boys have not started the new campaign on a positive note, winning three of their opening seven games and losing four. While it is the norm to see NPFL teams aim to win at home and gain points on the road, MFM have not been convincing enough on their own turf.

In all games played at the Agege Stadium so far, they have failed to assert their dominance in the manner they did last term. They haven’t been too strong in midfield, often gifting possession needlessly to the opposition which has left coach Fidelis Ilechukwu often frustrated. He has stressed that much shouldn’t be expected from his team on the continent.

“I can’t promise anything concerning the CAF Champions League because of our situation now. The truth is that we are not ready for the continental competition…football is not magic and we cannot perform magic.” Ilechukwu told media after his side’s 2-1 win at home to FC IfeanyiUbah.