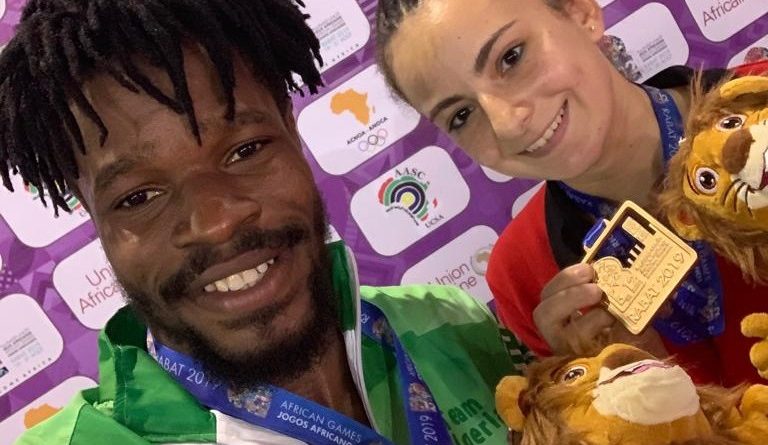 A new face has emerged as the champion of Africa in the men’s singles event of the 2019 African Games in Rabat, Morocco.

Unfavoured Nigeria’s Olajide Omotayo conquered three of the best players in Africa to be crowned the champion.

The final produced the best of Africa with Aruna Quadri going up against Omotayo and the fans were treated to an exciting match.

The sixth match was a display of energy and skills and it was the younger Omotayo that scaled through with 12-10 win to claim the second gold medals for Nigeria in the table tennis event of the multi-sports fiesta.

An elated Omotayo said: “I am very happy winning the African Games. I am so proud of myself because this is a big one for my career and it was a good journey for me from the start of this competition having won against some of the best players in the continent.”

In the women’s singles, Egypt’s Dina Meshref retained her title to become the first female Egyptian to win the title back-to-back.

To beat Cameroun’s Sarah Hanffou, who had earlier edged out Nigeria’s Edem Offiong in semi final, Meshref took charge from the start and controlled the match to end at 11-7, 11-4, 11-2, 11-7 to the admiration of the Egyptian fans.

A satisfied Meshref said she was happy becoming the first female Egyptian to set a new feat in table tennis.

“I am so happy becoming the first female Egyptian to win the women singles title back-to-back for the first time. But I must admit that it was not easy at all because the four years difference between the two titles was very long for me to be able to keep up with my performance. I am so excited that I was able to retain the title again,” Meshref said.