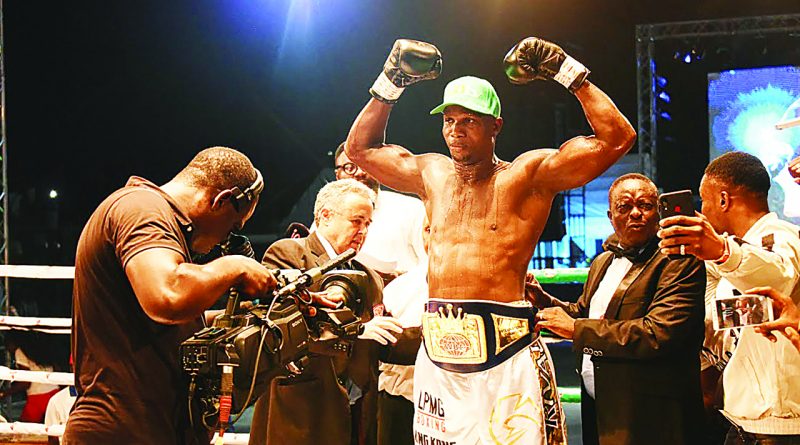 Ehwariemi won the WBF Intercontinental title after defeating Argentina’s Ariel “Chiquito” Baracamonte at GOtv Boxing Night 20, at the Tafawa Balewa Square, Lagos, last Saturday. Ehwariemi secured the title after his combination of vicious blows knocked out Baracamonte in the first round of the 12-round fight.

The Nigerian boxer said he is delighted at winning the Intercontinental heavyweight belt, but said his attention has now shifted to winning the vacant WBF world title.

“It was great to win the title at home; it was very special. However, I now have to concentrate on winning the WBF world heavyweight title. It is currently vacant and my intercontinental title win has now made me a contender for the world title. So, I am intensifying my preparations to ensure I get the biggest prize in the weight division,” he said.

Ehwarieme thanked GOtv Boxing Night for staging the intercontinental heavyweight title fight and providing him the opportunity to win the title at home. He also thanked Nigerians for coming out en masse to support him, promising them that he would make the country proud by winning the world title.