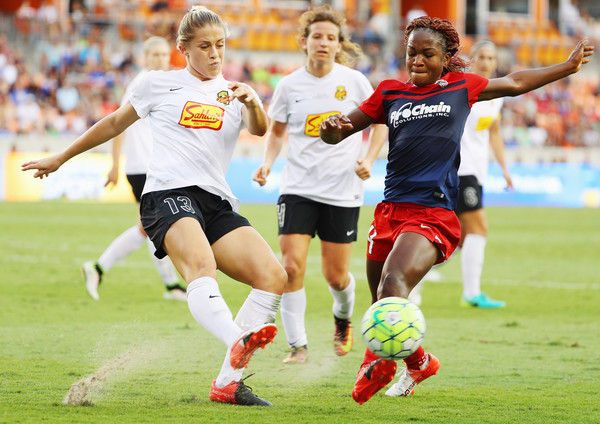 Francisca Ordega has joined Sydney FC. She becomes the W-League’s first African import and will star for them for the rest of the season.

Last month Ordega was selected in the team of the tournament after Nigeria won the women’s African Cup of Nations in Cameroon, and has played for the past two seasons at Washington Spirit in the US women’s league.

The Super Falcons striker is expected to add something new to Sydney’s attack.

Sydney’s head W-League coach Dan Barrett said Ordega offered “another dimension” in attack, and said he hoped to make some use of her in Friday’s night’s clash with Brisbane at Lambert Park in Leichhardt.

“Francisca is an exciting player who is going to bring a lot of attacking flair and speed to our team,” he said.

“She’s a player who’s got that cutting edge and is the finishing touch to what is already a fantastic attacking squad.

“She’s gives us another dimension up top, she likes to get in behind the back four and is an attacking weapon who brings something different to the squad.

“She will give us a huge lift as we head into the business end of the season. Francisca will train with us and if she gets through that alright we’ll look to get her to play some part in against the Roar.”