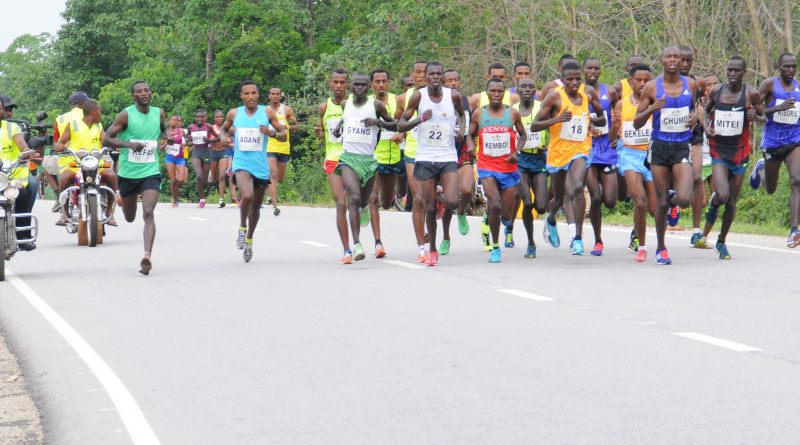 Organisers of the annual Okpekpe International 10km Road Race have announced the prize money outlay for the fifth edition of the race which holds this Saturday in Okpekpe near Auchi, Edo State – in the south-south part of Nigeria, Extrasportsnigeria.com reports.

Spokesperson for the race, Dare Esan confirmed that a total of $92,000 in prize money would be paid to the top eight finishers in the men and women’s race with the winner in each category going home with $15,000 while $10,000 and $7,000 respectively will go to the second and third-place finishers.

“The Okpekpe course records for the men and women race were set by Kenya’s Teshome Mekonnen (28.35) and Ethiopia’s Wude Ayalew (32:41) and we expect to have new records on Saturday going by the quality of elite athletes we have assembled for the race.”

The organizers have also explained the reduction in the prize money for the top three finishers for the second consecutive edition.

“We are concerned about the quality of athletes we invite for the race because of its status as the only IAAF bronze-label 10km road race in Nigeria and one of only two IAAF label road races in Africa this year. We have brought in athletes who can run world leading times here in Okpekpe.

“We know athletes who have attained gold level or silver level running status will demand appearance fees and that is why some of the invited athletes will be paid appearance fees. We really want to go for the best legs in the world because the Okpekpe race is an international event certified by the IAAF.”

There is also a new prize money outlay for Nigerian runners at the race.

The race is organised by Pamodzi Sports Marketing, leaders in sports marketing and hospitality business in Nigeria.