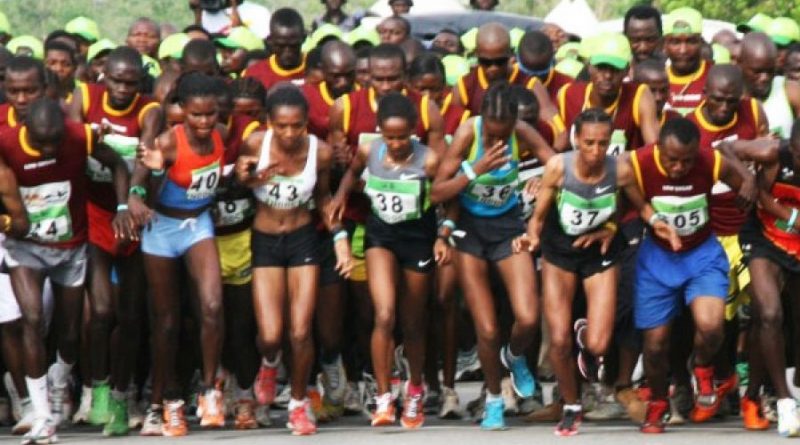 Organisers of the International Association of Athletics Federations (IAAF) Silver Label Okpekpe International 10km road race have announced an improved prize money for the sixth edition of the event. The event will hold on Saturday May 12 in Okpekpe near Auchi, Edo State.

In the new outlay, a total of $112,000 is on offer as prize money to the top eight finishers in the men and women’s elite race with the winner in each gender category going home with $20,000 while $13,000 and $9,000 respectively will go to the second and third placed finishers.

Spokesman for the race Dare Esan says the increase in the prize money is inevitable because of the elevated status of the race.

“Remember this is the only IAAF Silver Label road race in Africa this year and one of only 10 confirmed by the IAAF for the first half of this year. The requirements for organising a silver label road race are different from what obtains for a bronze label event.

”At the semi-highest level that the silver label is, the IAAF expects not only gold or silver level elite runners to grace the event but also a perfect technical organisation of the race.

“At Okpekpe we have always attracted the best legs to run at our event. Ethiopia’s Leul Gebrselassie who won the men’s race last year has moved up to become a gold level runner in the full (42.195km) marathon. He ran 2:04:02 to come second at the IAAF Gold Label Dubai Marathon last month in his first official race at the distance to become the second fastest man in the event so far this year and the 11th fastest in the all-time list.”

There is also a new prize money outlay for Nigerian runners at the race.

‘The payment of prize money and bonuses is dependent upon athletes clearing the usual anti-doping procedures. Both the elite and semi-elite runners running for the prize money on offer must also achieve a level of performance before they can redeem their respective prizes.

The Okpekpe 10km road race is organised by Pamodzi Sports Marketing, leaders in sports marketing and hospitality business in Nigeria.