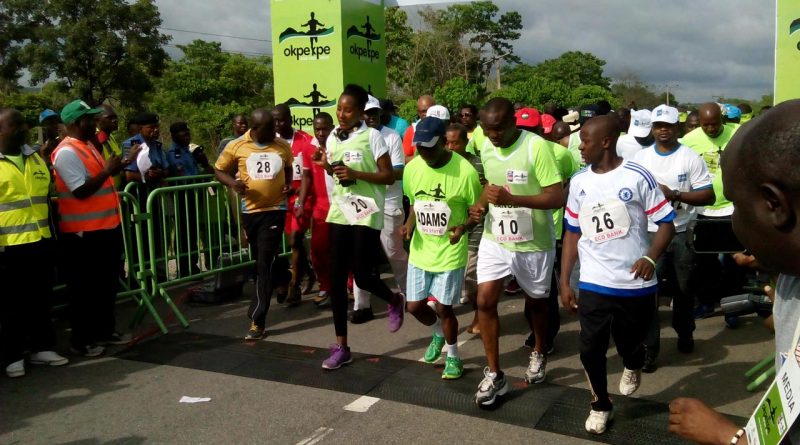 Immediate past governor of Edo State Adams Oshiomhole has been named grand patron of the annual Okpekpe International 10km Road Race by the organisers of the event, Extrasportsnigeria.com reports.

Mike Itemuagbor, chairman of Pamodzi Sports Marketing who are owners and organisers of the IAAF bronze label event revealed this at the government house in Benin City on Friday at a press briefing to mark the official commencement of activities for the fifth edition of the race. The event will hold on Saturday, May 13 in Okpekpe near Auchi in Etsako East Local Government Area of Edo state.

”I will like to crave the indulgence of His Excellency, the executive governor  of our dear state, Edo, Godwin Obaseki to name Comrade Adams Oshiomhole the grand patron of our race, the Okpekpe International 10km Road Race,” Itemuagbor said.

The request was granted by Obaseki who said Oshiomhole has been more like the legacy of the race and promised to inform his immediate past predecessor accordingly.

‘The history of the Okpekpe road race will not be complete without Comrade Oshiomhole’s contribution to its emergence and development. I am pleased to know that you have recognised and appreciated Comrade’s role without which there may have not been the Okpekpe race today. What has become an internationally recognised race that has put Okpekpe and Edo State as a destination for world class sporting events came about as an infrastructure accident following the construction of the beautiful road in and around the hilly town of Okpekpe. Today, five years on, that infrastructure accident has become one of only two IAAF label road races in Africa and the first and only road race in Nigeria to have its course properly measured by an IAAF/AIMS (Association of International Marathons and Distance Races) accredited measurer,” said Obaseki who reiterated his government’s commitment to the continued success of the race

“The Okpekpe race has come to stay and we are proud to see that it has incorporated some world class technologies to bring it at par with major international road races in the world.”

Obaseki thereafter filled the registration form to confirm his readiness to participate in the race this year.

“I won’t be running for the cash prizes but for Charity. I will race to raise fund for the orphanages under the We Care Trust Foundation, an initiative of Mrs Iara Oshiomhole which solely focuses on the less privileges, orphanages, women, youths and the IDPs.”