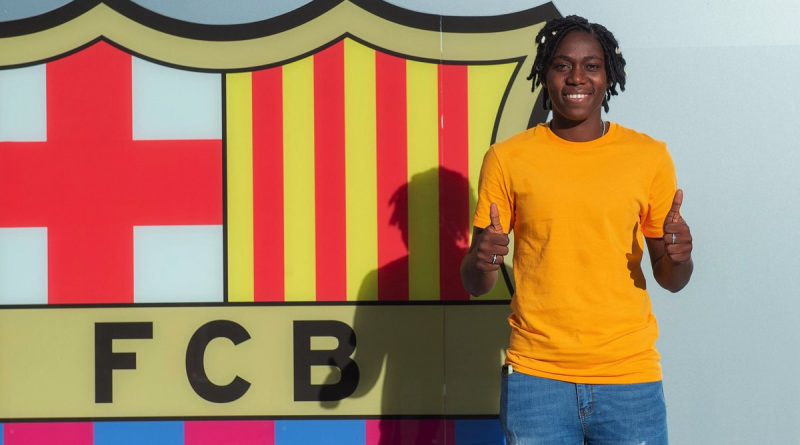 Nigeria forward Asisat Oshoala says she is quite delighted to team up Barcelona at Camp Nou. The Nigerian attacker will play in Spain during the off-season in China having completed a loan move to Barcelona women until the end of the season.

The 24-year-old joins from Chinese champions Dalian Quanjian, while the league is in its off-season.

Following the well celebrated move on Friday, she said it was dream come true.

“I’m so delighted,” she tweeted via her confirmed personal handle.

The former African Women’s Footballer of the Year is keen to keep in shape ahead of June’s FIFA Women’s World Cup in France.

Oshoala has been with Quanjian since February 2017 after she left English side Arsenal Ladies. She has now played for Arsenal, Liverpool and now Barcelona.

She won her third Women’s Africa Cup of Nations with the Super Falcons in Ghana last year, scoring three goals as Nigeria lifted the title for a ninth time.