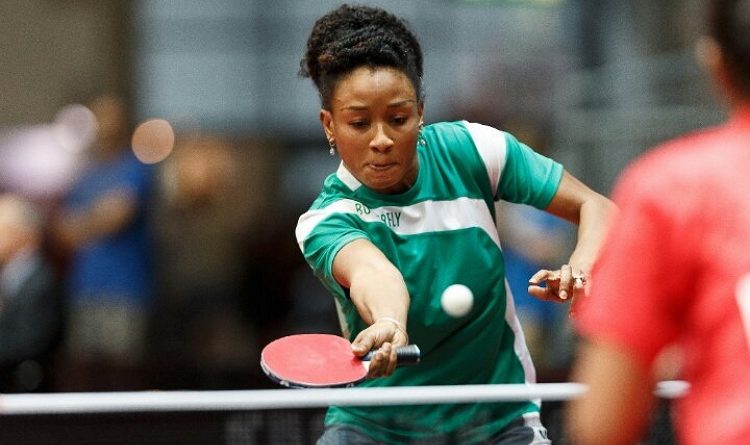 At 43, Olufunke Oshonaike is not giving up of setting a new continental record as the first African female athlete to attend seven Olympic Games.

The former African champion was beaten in the round of 16 of the women’s singles at the 2018 ITTF African Championships in Mauritius has insisted that she cannot be forced to quit the sport that she has been romancing for more than three decades.

The Germany-based star said that she would continue to feature for Nigeria with the intention of making it to her seventh Olympic Games in 2020 Tokyo, Japan.

“I am looking forward to the 2019 African Games with the sole aim of qualifying for the Tokyo 2020 Olympic Games in Japan. If I qualify I will be on top of the world because that will be the last time I will play table tennis and after the Olympic Games I will throw in the towel,” she said.

She added: “I feel very sad because I lost in the singles but I am still good to play for few years. I look younger that what people say because age is nothing but a number. It will be decision to retire but I hope I qualify for the Olympic Games in order to enter the ‘Seventh Club’. After then I can quit.”

Still ruing the women’s team final lost to Egypt, Oshonaike said the team gave their best against the youthful Egyptians, adding that she hopes that younger players come through to the team in near future. “I think we need new players in this team. The Egyptians are familiar with some of us particularly our style of play. So we need to change something in this team with the introduction of new players and this will surely help us whenever we need them again in any competition,” she said.