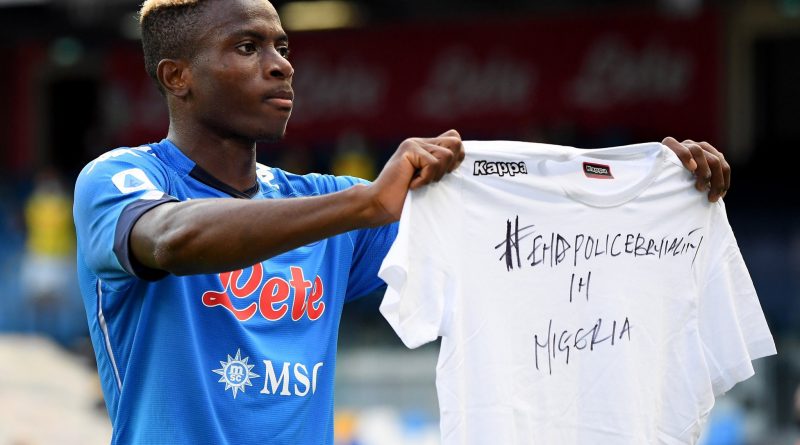 Victor Osimhen scored his first Serie A goal on Saturday and in celebration joined thousands of Nigerians in calling for an end to police brutality in the country.

The agile Super Eagles attacker completed Napoli’s 4-1 victory over Atalanta at the Stadio Sao Paolo with a 43rd-minute strike.

Napoli started with Mexico star Hirving Lozano’s four-minute brace, in the 23rd and 27th minutes, while Matteo Politano made it 3-0 in the 30th minute. But it was not the end of the goals party.

Osimhen then connected with goalkeeper David Ospina’s long ball to end his wait in the Italian top-flight, just two minutes before the break.

He celebrated the goal in style as he joined his compatriots in demanding an end to police brutality in Nigeria.

Osimhen has now contributed a goal and an assist in three league matches for for Napoli.

Saturday’s win pushed Napoli to third on the Serie A table with eight points after four games.