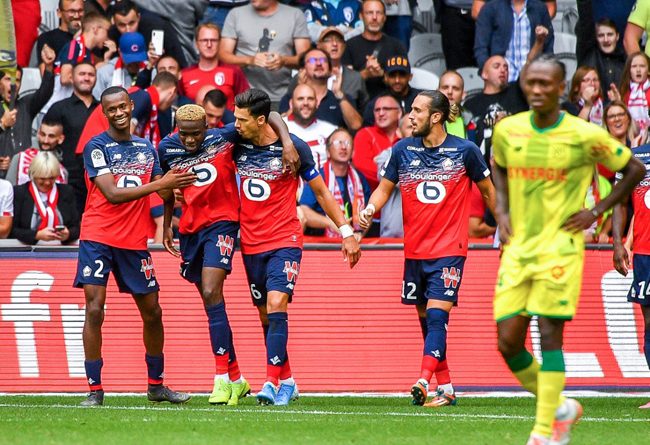 Lille’s new signing Nigeria’s Victor Osimhen marked his Ligue 1 debut with two goals as last year’s runners-up Lille kicked off their new campaign with a 2-1 victory over Nantes on Sunday.

Christophe Galtier’s hosts, who finished 16 points behind champions Paris Saint-Germain last term, were indebted to 20-year-old Osimhen at the Stade Pierre-Mauroy, according to an AFP report.

The five-time Nigeria international, signed from Belgian outfit Charleroi in the close season, quickly displayed his pace by racing clear and slotting home the opening goal in the 19th minute.

Zeki Celik deflected Andrei Girotto’s strike into his own net six minutes after the break for the first goal of Christian Gourcuff’s reign as Nantes coach, but Osimhen had the final say with a thunderous 80th-minute strike.

Later on Sunday, PSG kicked off their title defence at the Parc des Princes against Nimes, although the capital club was without Neymar after admitting the Brazilian is closing in on a move away from France.

Lyon had opened the season with an impressive 3-0 win at Monaco on Friday, while Andre Villas-Boas’ return to football as Marseille coach started with a 2-0 home loss to Reims on Saturday.