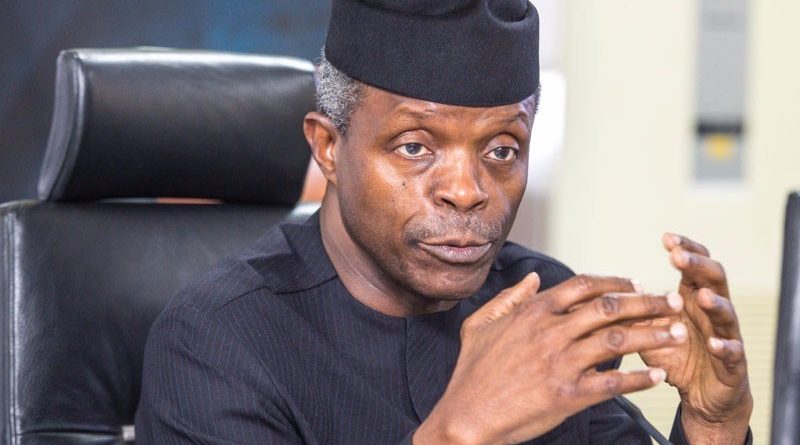 Osinbajo said this on Friday during a session with Nick Clegg, vice-president of Facebook’s policy and communication.

The code, which has stirred a lot of controversy, seeks to regulate content exclusivity, enforce content sharing and empower the NBC to determine prices at which content is sold to sub-licensees by rights holders.

Also, the fine for hate speech has been increased from N500,000 to N5 million.

Osinbajo said there is need to take a second look at the code so as not to “stifle the work of hardworking, creative people”.

“Basically, it says if you have a licensed product for TV, you’re expected to share it with other platforms. It’s one which I understand the argument of those who say this is a violation of copyright and intellectual property which is a very strong point and this is why I think we have to take a second look at it and see whether there are ways of moderating it to be more acceptable so as not stifle the work of very very hardworking, creative people.”

Ikra Aliyu Bilbis, chairman of the NBC board, had accused Lai Mohammed, minister of information and culture, of amended the country’s broadcasting code “unilaterally” without involving relevant stakeholders.