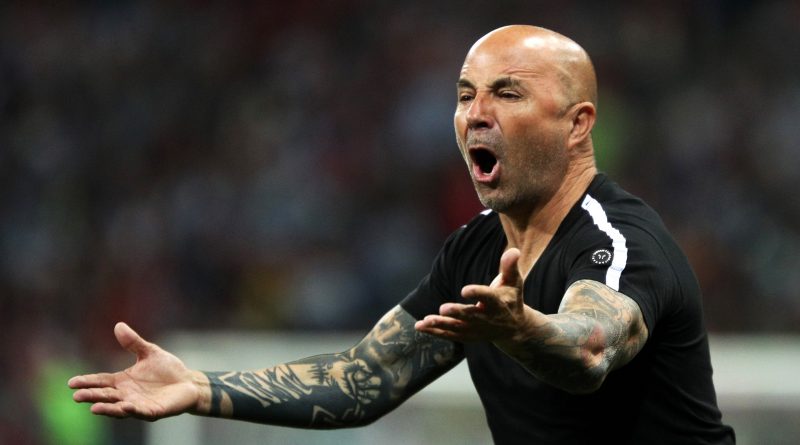 Argentina coach Jorge Sampaoli has vehemently denied reports of divisions and quarrels in the camp of Argentina as the former World Cup winners prepare to face Nigeria in St Petersburg. Instead he told journalists they would finally get their World Cup campaign properly starting with the battle against the Super Eagles, Extrasportsnigeria.com reports.

Nigeria need at least a draw from the game even as Argentina go into the game bottom of the Group D table but both teams would prefer a win just in case Iceland beat Croatia by a high number of goals.

Sampaoli said on Monday, “Tomorrow Argentina will start its World Cup. We have to take on board what happened to us, the point where we are now and we have to be aware tomorrow is the first of five matches that will take us to the final.

“Tomorrow we need to play the first of five finals.”

And to meet his target of beating Nigeria, the Argentinean coach said he would not hesitate in dropping his experienced players.

“We come to this match in a very delicate position. In your view it would be more logical for the seasoned, more experienced players to face Nigeria.

“For a lot of people, undoubtedly, this might be true, the historical players, or the position of certain players, or players whose performance is 100 percent to face this challenge.

“The important thing is the players who play tomorrow, regardless of whether they are historical players or not, will have the obligation to leave their last drop of sweat on the pitch so that Argentina can qualify.”

But the Nigerians also understand the fundamental threat posed by Sampaoli and the Lionel Messi team.

Nigeria’s two-goal hero against Iceland, Ahmed Musa, has said the Eagles are well motivated to beat them for the first time in a competitive match.

”I feel very excited and thanks to my teammates because they encouraged me that I can do it, the next game is a very big one, if we win we qualify to the next stage,” Musa told Fifa.com.

”Beating Argentina will be another history for the whole team not only me, I think it is a very good opportunity for us to win.

”We have never beaten Argentina in a competitive tournament. For me, beating them is a good motivation for the team.”

The Eagles have beaten Argentina twice in non-competitive matches, most recently a 4-2 victory in a pre-World Cup friendly in Krasnodar but Argentina won all their World Cup clashes in 1994, 2002, 2010 and 2014.

The match will be played at the Krestovsky Stadium, Saint Petersburg on Tuesday at 9pm local time and 7pm in Nigeria.