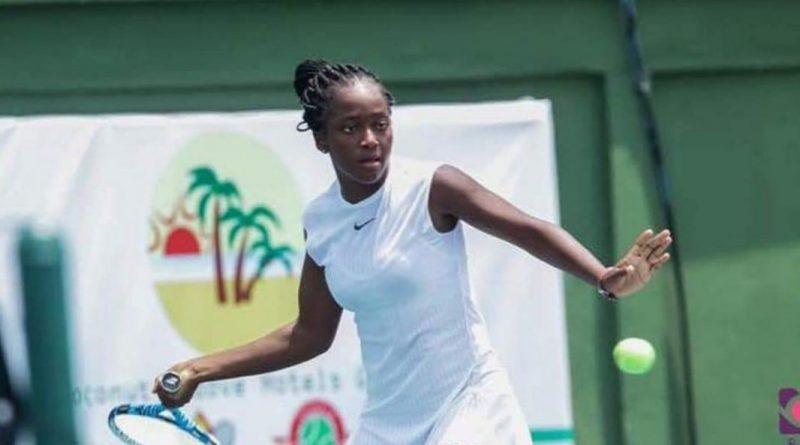 Nigeria’s Oyinlomo Quadre has for the second successive week risen significantly in the ITF ranking for junior players, Extrasportsnigeria.com reports.

According to the new ranking released by the world’s tennis governing body on Monday April 29, the Morocco-based youngster climbed 26 places to 176 in the world making her the second placed African just behind Nahimana Sada of Burundi, who is ranked at 28 in the world.

This development is coming barely one week after Quadre’s unprecedented ITF Grade 3 Junior Circuit win in Tunisia, which shot her up from 320 in the world to 202, one of the biggest movements in junior tennis in recent years.

Since her feat in Tunisia, Quadre, who will clock 16 on May 1, has stepped up the gear as highlighted in her recent engagement in the Grade 2 tournament in Algeria, where she defeated Ines Bekrar of Algeria in the second round at the 13th Tournoi International Juniors de Tlemcen Algeria.

Although she couldn’t go beyond the quarterfinals in the singles, the right-handed double-handed backhand player went as far as the final in the doubles which was enough to fetch her more points on the global log.

She is scheduled to feature in more Grade 2 tournaments across North Africa in the coming weeks in her bid to get into the top 100 rankings which is her primary target for the year.