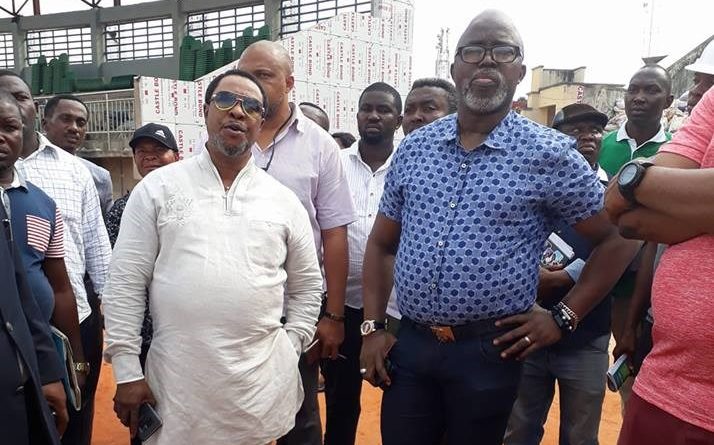 The Chairman of the Local Organizing Committee (LOC) of Asaba 2018 Africa Senior Athletics Championships, Solomon Ogba, has named the President of the Nigeria Football Federation, Amaju Pinnick, as the head of the Special Duties Sub-Committee.

Ogba said the Delta State Government is determined to host a championship that will not only set a standard for future editions of the Africa Senior Athletics Championships but will also be as good as the IAAF World Championships.

He said, “Amaju’s experience in sports management, which spans many decades, at both local and international level, will obviously add a lot of value to the successful hosting of the championship.”

Apart from special assignments that the four-man special duties sub-committee headed by Amaju will handle, Ogba said they will also provide services and assistance to other committees and in any areas where their services are needed to ensure the success of the championship.

Amaju, who was in Asaba for a meeting of the LOC, thanked Ogba and other members of the LOC and especially the state government for the opportunity to contribute his quota to Nigeria, Delta and host city Asaba, hosting the best Africa Senior Athletics Championship ever.

“Irrespective of assignments, commitments and engagements that I have elsewhere, I will be dedicated to this assignment 100%. I will work with all the members of the committees to ensure that we all make history by organizing the best Africa Senior Athletics Championship ever,” Pinnick said.

The former Chairman of Delta State Sports Commission when the state hosted the inaugural edition of the Africa Junior Athletics Championship in Warri, promised to bring his experience as member of CAF and FIFA World Cup Organizing Committees to ensure the success of the Asaba 2018 Africa Championship.

The championship will be held at the Asaba Township Stadium from August 1 to 5.